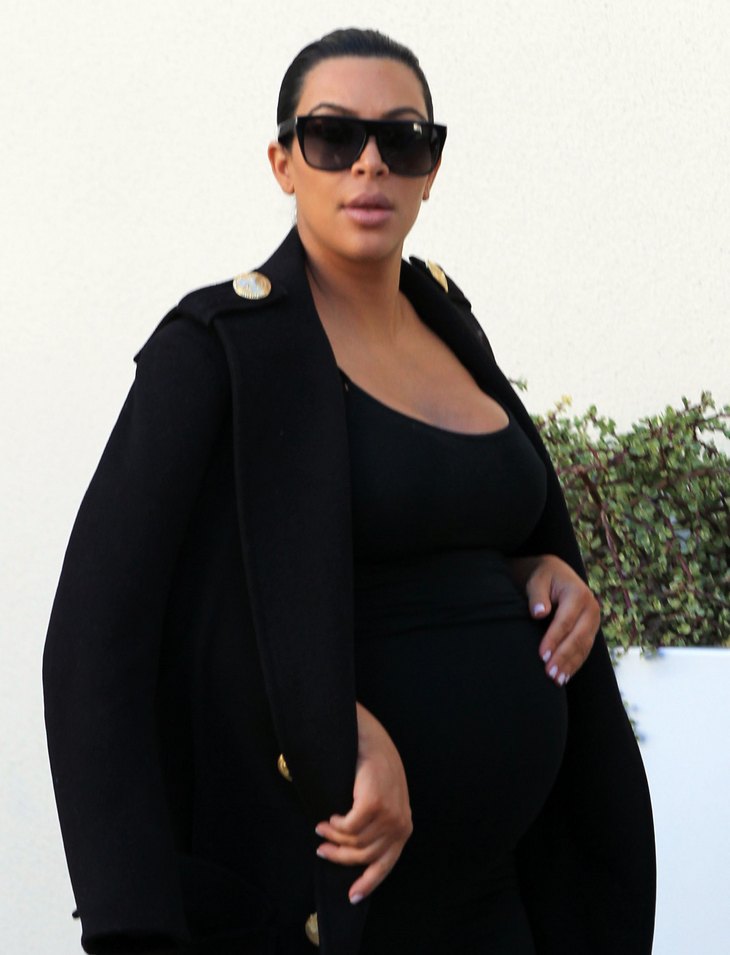 Kim Kardashian gave birth to a healthy baby boy on Saturday December 5th – and no doubt her husband Kanye West is thrilled that his new son is finally here. Kim and Kanye made the official announcement on Kim’s website, it was short and sweet, stating that their son had arrived and “mommy and baby were doing fine.” It’s unclear if Kim was rushed to surgery after the baby’s birth like she had discussed with her doctors on Keeping Up With The Kardashians.

So, what did Kim Kardashian and Kanye West name their baby boy? The heir to the Kardashian-West compound still has not been given a moniker, and is still dubbed “baby boy.” Kim and Kanye insisted all through out the pregnancy that they were not going with another direction name like their daughter North West. Some believe that Kanye is going to name the baby boy after himself, another rumor is that he might be named Robert after Kim’s late father and little brother.

At this point it is really anyone’s guess what Kim Kardashian and Kanye West have named their son. The internet still seems convinced that that the reality TV star and rapper will be naming their baby “Easton West,” but there really is nothing substantial to go on. We can all agree that North West is a pretty tough name to follow up with.

Wouldn’t it be kind of cruel to give their son something traditional and common – how can he compete with his sister’s headline grabbing moniker in the future? What do you think Kim and Kanye will name their new baby boy? Share your predictions in the comments below!