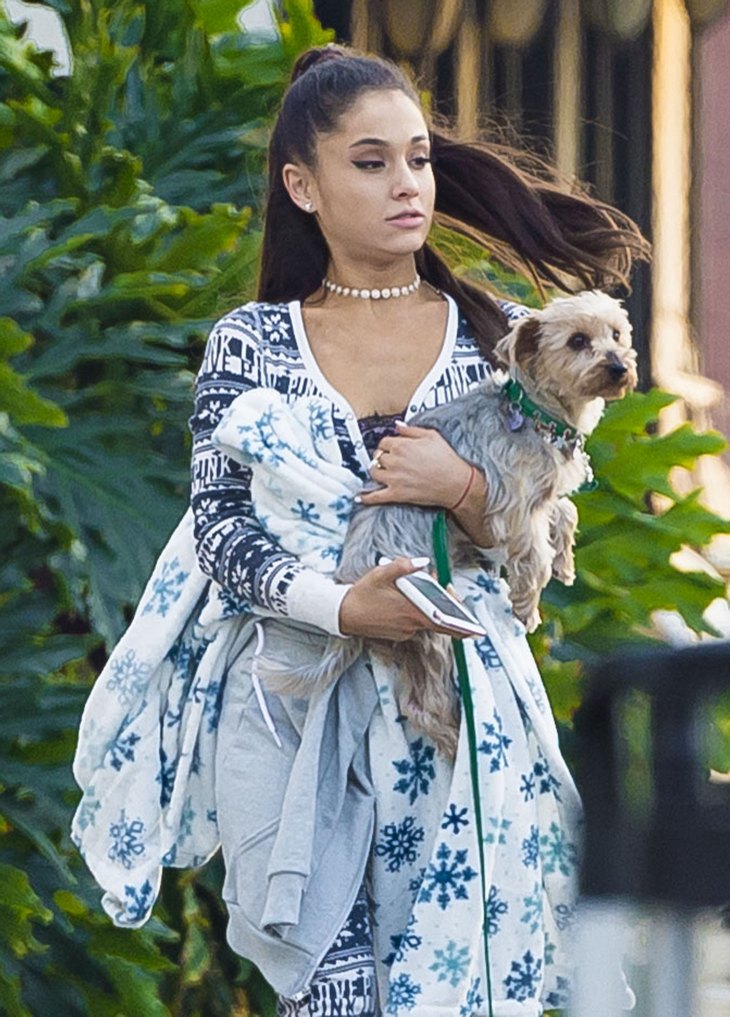 Did Ariana Grande get botched? Plastic surgery rumors popped up this week after Ariana Grande was caught walking her dog by the paparazzi. When the photos of Ariana hit the internet, everyone was shocked by the singer’s evolving face – Grande appeared nearly unrecognizable.

Now, fans are certain that the reason Ariana cancelled the rest of her tour with no explanation is because she was not happy with the way her face looked after going under the knife. In the photos of Ariana Grande…something is just “off.” Grande’s skin on her face is pulled so tightly that she appears to be squinting permanently. And, she may have gotten her lips plumped up a bit – because it almost looks like she is having trouble closing her mouth. Then again, that might also be because the skin on her face was pulled so tightly.

At this point, plastic surgery really seems like the only logical explanation. But, it seems a bit strange that a health nut like Ariana Grande would get surgery for no reason and have foreign chemicals pumped in to her face. This is the same girl that passionately hates donuts because they are SO unhealthy. It’s hard to envision her taking a stance against donuts, but being totally cool with going under the knife for no reason.

What do you guys think of Ariana’s new face? Did she go under the knife? Is plastic surgery the reason that she cancelled the rest of her tour dates and disappointed millions of fans? Let us know what you think in the comments below!