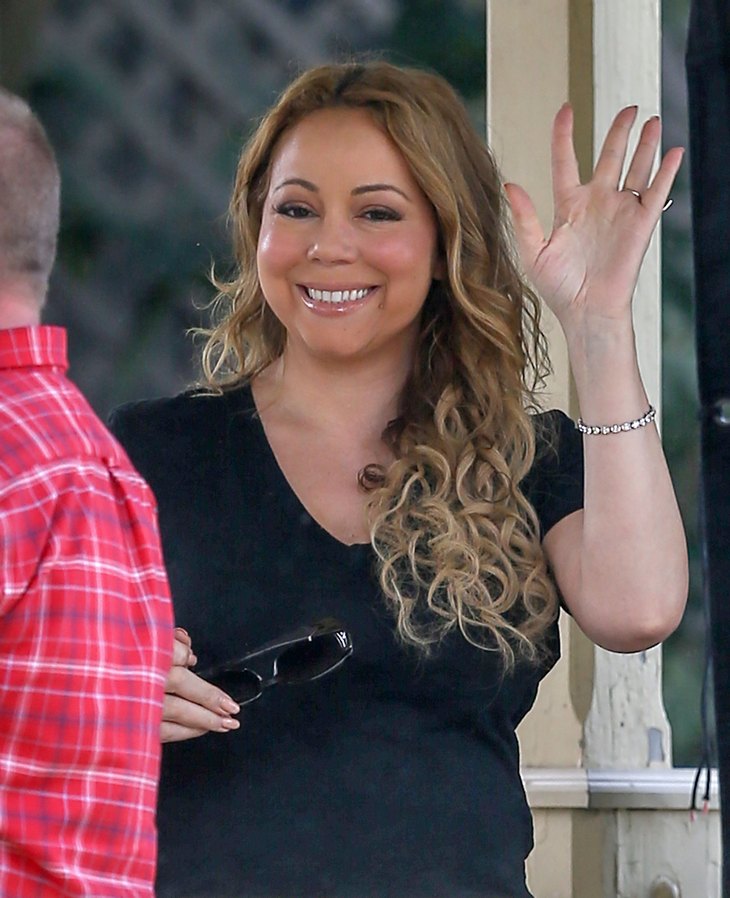 Mariah Carey just lost a TON of weight – and rumor has it that she may have had a little bit of help from gastric bypass surgery. Mariah Carey stepped out for an event at Pier 1 Imports and shocked everyone in attendance when they saw her new and improved body. Carey dropped at least 40 pounds – and debuted a much flatter belly and smaller thighs.

According to Life & Style Magazine, Mariah has been dieting and exercising – and apparently is very dedicated to her new fitness regime, seeing as she lost so much weight so quickly. An insider close to Mariah dished to the magazine, “Mariah has lost the weight in her hips, thighs, and stomach. For the last few months she has been eating lots of small portions and working out and doing Yoga and Pilates every day.” The insider went on to say that her boyfriend James Packer is on a strict diet plan (because he has had gastric bypass surgery) and Mariah just began following his meal plan.

A lot of internet critics aren’t buying it – and are convinced that Mariah followed in her boyfriend’s footsteps and got gastric bypass surgery as well. You have to admit, it is a bit strange that someone who has struggled with their weight for so long was able to miraculously hop on a diet plan without any issues and lose over 40 pounds in a few short months. And, if Mariah got the surgery just like James Packer did – that would explain why she is following the same meal plan as him.

What do you guys think? Did Mariah Carey lose the weight the hard way with diet and exercise, or did she get weight loss surgery? Share your thoughts in the comments below!