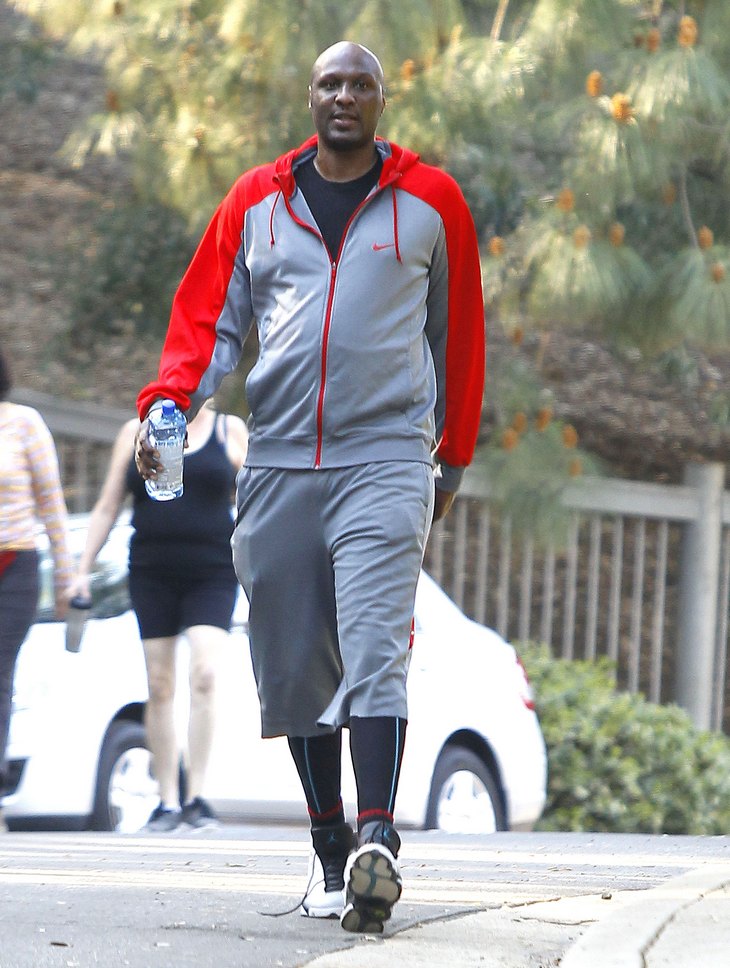 It has been two months since Lamar Odom and his scary overdose in a Las Vegas brothel in October, and details have been hit and miss regarding Khloe Kardashian’s husband’s condition. The bottom line is – it’s not good – and Lamar’s health scare was just as serious as it sounds. The former NBA player is at Cedars-Sinai Medical Center in Los Angeles, where he is undergoing vigorous rounds of physical therapy.

There have been various reports around the internet regarding Lamar’s status and recovery – but E! Online has used their exclusive Kardashian sources to set the record straight. Sadly, most of the false reports out there are much more optimistic than the facts.

According to a new report from E! Online, Lamar Odom is currently learning how to walk again at Cedars-Sinai Medical Center in Los Angeles. An insider dished to the website that Lamar actually uses a walker in the hospital, and doesn’t take any steps without the help of an aid. As for whether or not Lamar can speak – that is still up in the air. The insider added, “He has not spoken in the halls during his therapy. He always is struggling. I saw the other day he got tired after a short session in the walker and had to be transferred back to his wheel chair.”

Sadly, it doesn’t look like Lamar Odom will be heading home any time soon. And, it could be months before he walks again on his own – IF ever. It truly is tragic, but at the same time we are all grateful that Lamar pulled through, this story could have had a much more tragic ending.