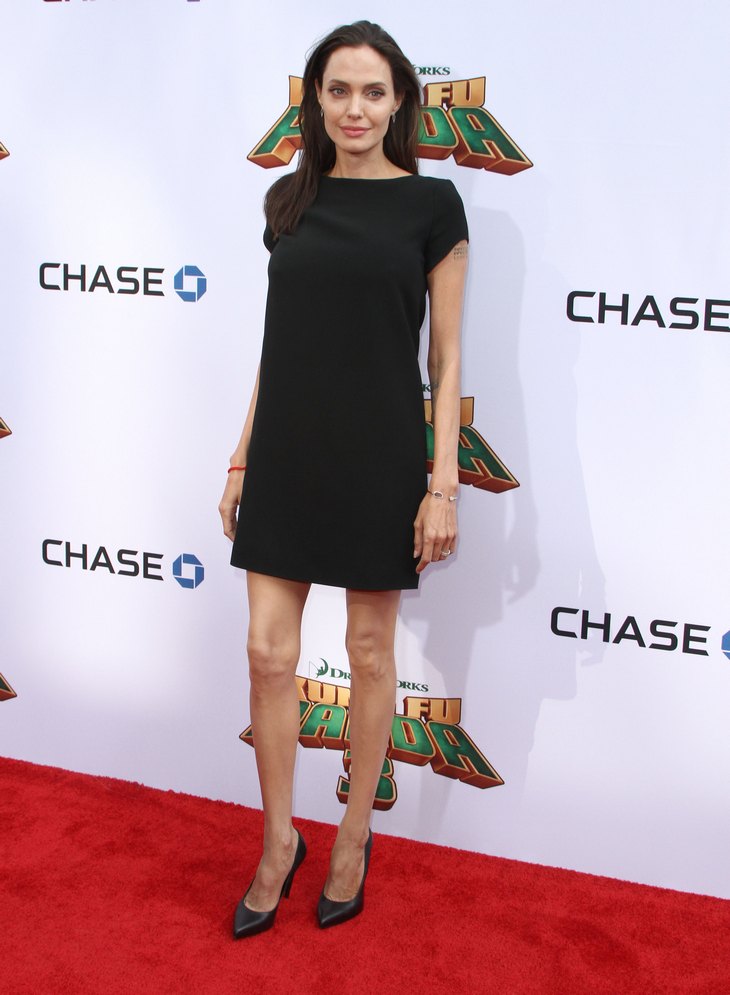 The Jolie-Pitts are moving to London! Break out the scones and tea, because the United Kingdom is about to be invaded by Brad Pitt, Angelina Jolie and their mountain of children; only for six months though, so don’t get your knickers in a knot just yet. Brad is shooting the sequel to World War Z, World War Z 2 (the most original title in the history of cinema) and Angelina will be focusing all her efforts (how many efforts does she have left?) on the ongoing European refugee crisis. Maddox, Pax, Zahara, Vivienne, Shiloh and Knox – those are the kids if you weren’t aware – will either get lost in a Tesco, or save the world. We’re leaning towards the former…

A whirlwind of divorce rumors are circulating around the couple like a fart cloud at a green beans buffet. They are allegedly “living separate lives,” which is quite possible with all those children. How does one keep an eleven-year relationship alive when Pax and Maddox go missing in the garden? Or when Shiloh and Knox find themselves knee-deep in the toilet and Angelina has to fish them out like the cast of Deadliest Catch?

Sources did some digging and found the real reason behind the sudden UK move. According to an exclusive insider, “Angie and Brad want to change their relationship. It’s become stagnant and boring. They’ve lost each other. Their move to London is not just for Brad’s film, but also for Angie to start working on her own life. It’s the perfect break for the ‘perfect couple’.”

A dash of altruism can fix even the most desolate of areas. And Angelina’s humanitarian work is the force that carries this family through the darkest of times – it illuminates her life like that silent second one experiences after a lunar eclipse. Angelina and Brad’s love story will one day be regarded as Hollywood’s quintessential fairytale.

As for the kids, well by the time they’re all grown up and adult-like, Hollywood might need a new generation of power actors. It’s a win-win. Let’s hope Angie and Brad stick together like Gary Busey’s face. What do you think?