‘Days Of Our Lives’ Spoilers: Is Freddie Smith Returning to ‘DOOL’ As Sonny Kiriakis? 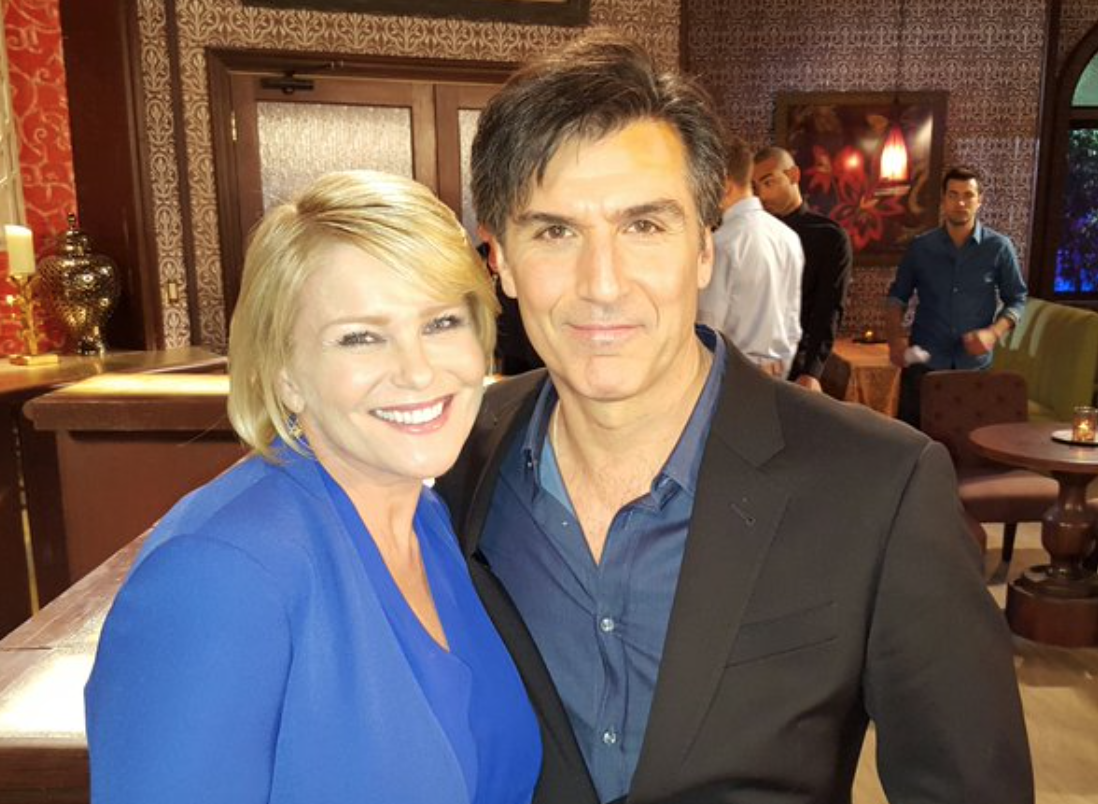 ‘Days Of Our Lives’ spoilers and rumors hint that Freddie Smith may be returning to ‘DOOL’ as Sonny Kiriakis. ‘Days’ newcomer Vincent Irizarry took to Instagram to share a photo on the set of the NBC soap opera with his co-star Judie Evans (Adrienne). Vince and Judi actually worked together on the now cancelled soap opera ‘Guiding Light’ before reuniting in Salem.

‘DOOL’ fans weren’t too interested in the ‘Guiding Light’ reunion though, they were much more intrigued by the man in the background holding what appeared to be a script – that looked an awful lot like Freddie Smith. Smith’s character Sonny Kiriakis left Salem for Europe in the summer of 2015 after his marriage to Will fell apart – courtesy of Paul Narita. Sonny did return in October when his former husband Will Horton passed away, but his visit was brief, and he left Salem again because the town held too many painful memories for him.

There hasn’t been any official announcement from ‘Days Of Our Lives’ that Freddie Smith was returning – however the soap likes to keep casting news super quiet for shock factors. After ‘DOOL’ fans went in to an uproar over the photo, Vincent Irizarry tried to shut down the rumors on Twitter and insisted that the man in the background of his picture was NOT Freddie Smith. He even tweeted to one ‘Days’ fan, “OMG, LOL! That’s a stagehand on our show who looks a lot like him, carrying a prop in his right hand.”

So, the mystery remains … is Sonny Kiriakis headed back to Salem? Vincent Irizarry tried to shut down the rumors – but he may have just been instructed to do so by TPTB at ‘Days’ after he blew the big casting surprise. Or, perhaps Vincent is telling the truth – and Freddie Smith just has a doppelganger working on the set of the NBC soap? Let us know what you think in the comments below!