‘The Bold and the Beautiful’ Interview: Don Diamont Family Man – Triumphs and Challenges of Being The Father Of An Indiana University Quarterback 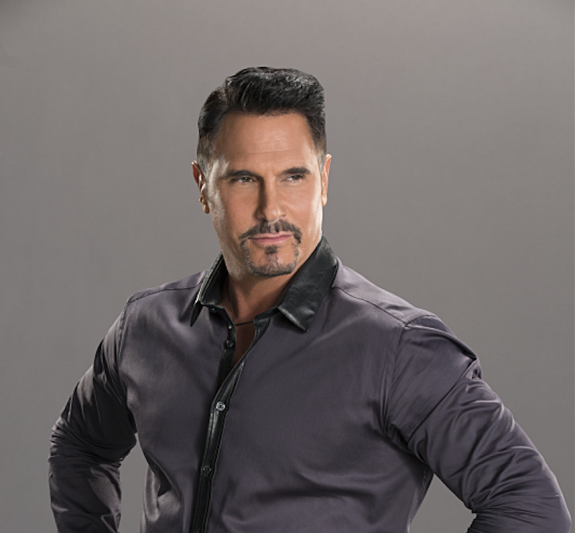 “The Bold and the Beautiful” Bill Spencer [Don Diamont] sons’ Wyatt and Liam don’t have the best of relationships with their father. In real life Don’s son Zander can count on dad to be there as the back-up quarterback for Indiana University takes the field for home games.

Zander Diamont, a sophomore at IU, got a lot more playing time than Don thought his son would this past season. The team’s starting QB was injured during a game against Ohio State in early October. Don explained in the recent print edition of CBS Soaps in Depth, “All of a sudden, I look up and here [Zander] comes, trotting onto the field!”

And Zander made the most out of that opportunity, running the ball 79-yards for a touchdown. The Hoosier fans were quite impressed with the young Diamont’s performance, and dad was no exception. It was a full house of 55,000 fans at the Indiana University stadium, all yelling, hollering and cheering as Zander ran the ball down the field.

Don revealed in the interview with CBS Soaps in Depth, “When he busted out that run, it was pretty crazy. People screaming his name. People literally climbing over their seats to high-five me.”

But there’s a downside to being a football father with a star player. The next week Zander suffered a concussion and separated shoulder in a game against Penn State. Seeing his son lying on the ground and knowing how bad the injury is one of the most terrifying experiences in the world, Don says. It’s a quite sobering experience and a reminder of just how dangerous a sport football can be.

Diamont uses the successes and failures to highlight for his sons that there are many challenges they will face throughout their lives. “The Bold and the Beautiful” star takes the opportunity to tell his children they should never feel defined by the challenges they face. “You are only defined by your response to them,” is Don’s sage advice.