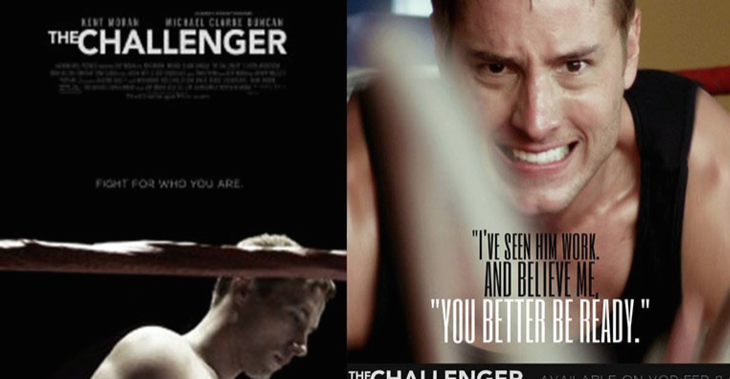 Justin Hartley who plays Adam Newman on “The Young and the Restless” has a new movie.  The movie released by Wishing Well Pictures is called, “The Challenger” and Justin portrays James.

The synopsis for the movie is:

“James and his mother [S. Epatha Merkerson] are evicted from their home and the promising fighter needs to find a way to keep his family from becoming homeless.  The late Michael Clarke Duncan stars as legendary trainer Duane Taylor – who can see the potential in the young boxer. Duane puts James through grueling training – and Jaden wins his very first fight. Not long after a cable network decides to make a reality show built around Jaden – and the network names the show “The Challenger.” The show follows Jaden on his way to the light-heavyweight title.”

The movie was released to video on demand February 2. Check out a trailer for the movie below and let us know what you think!