‘Days of Our Lives’ News: Galen Gering Next Soap Box With Lilly & Martha Guest – Tune In On Thursday, February 25 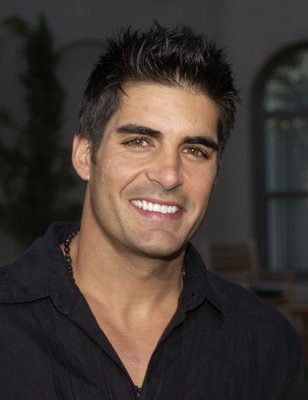 Good news for “Days of Our Lives” fans. Galen Gering [Rafe Hernandez] will be a guest on “Soap Box With Lilly & Martha” on Thursday, February 25. The TradioV talk show was just renewed for a third season.

Galen Gering and Martha Madison both tweeted about the actor’s upcoming appearance on the show. Madison posted a photo of Galen with the caption, “THURS, 2pm PST on http://tradiov.com! @theradiosoapbox brings you #Days stud @galengering! Set ur reminders! A retweet came from Gering with the caption, “Oh boy-don’t miss this one!”

“DOOL” fans you really should set your reminders like Martha recommended! The last guest Melgar and Madison welcomed was Tamara Braun [Ava Vitale, “DOOL”] and before that Pierson Fode [Thomas Forrester, “B&B”]. And no subject is ever off-limits with Lilly Melgar and Martha Madison!

You may be surprised what you discover about your favorite soap opera stars and we’re betting Gering will be no exception. Lilly and Martha have a way of drawing information out of their guests on “Soap Box with Lilly and Martha.”

“Days of Our Lives” viewers, or any fans of Galen Gering’s work on” Venice the Series” [Owen Brogno] or “Passions” [Luis Lopez-Fitzgerald] should tune in too. But, if you forget or aren’t able to join in on Thursday at 2pm PST/5pm EST you can always go to the TradioV archives and listen at a later date.