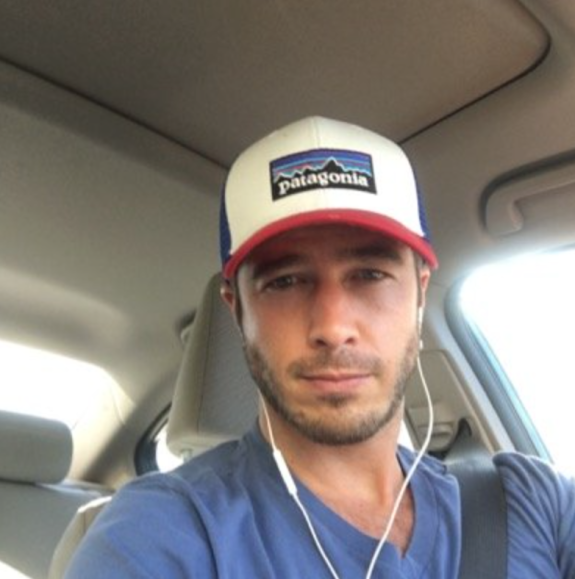 “General Hospital” Ryan Carnes [Dr. Lucas Jones] has been busy making the short film “The Golden Year.” The actor recently shared a photo from the set on Instagram.

In the pic Carnes, who portrays a character named Red, is standing with the film’s writer/director Salvador Paskowitz – who seems to be giving Ryan a bit of direction! Ryan is dressed in a white t-shirt and toque – and is sporting about a bit of a beard. Looks like one or two days growth. He certainly doesn’t resemble the clean-cut Lucas Jones!

The caption on the photo is, “So proud and excited to be a part of this brilliant short film from writer/director @salpaskowitz and @2handsproductions. Can’t wait for everybody to see it!”

“The Golden Year” description sounds very interesting, so “GH” fans should be excited about seeing it! The synopsis of the movie reads, “A couple who met in high school whose roots run deep and intertwine decide to take a detour in their relationship. And are amazed to find the key they were looking for was held by their other half. ‘The Golden Year’ is about the ruts that we make for ourselves and the ruts that we take on from those we love.”

Ryan Carnes’s cast mates include Johnny Dowers [Detective Tim Cooper, “The Bridge,” Bianca A. Santos [Lexi Rivera, “The Fosters” and Josh Daugherty [Peisser, “Day Break”]. There is no date set for the short film’s release just yet but Soap Opera Spy will keep you updated.

While “General Hospital” fans enjoy the short films and movies our favorite actors and actresses make, we’re always glad to see them return to the small screen! Now we are anxiously awaiting Lucas Jones and Brad Cooper’s [Parry Shen] wedding now that Brad has found some legal loophole that allows him to extricate himself from his marriage to Rosalie [Linda Elena Tovar].

So proud and excited to be a part of this brilliant short film from writer/director @salpaskowitz and @2handsproductions. Can’t wait for everybody to see it! 🎥