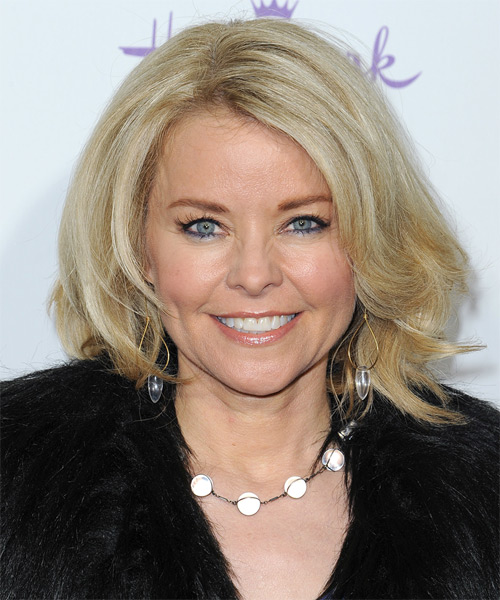 “General Hospital” Kristina Wagner [Felicia Scorpio] hasn’t been around Port Charles much lately. The actress has been busy working on the Hallmark Channel drama “When Calls the Heart.” Kristina recently sat down to talk about working with former “GH” co-star Jack Wagner [Frisco Jones] who is also her ex-husband.

Fans can tune in to OWN on Saturday, March 5 at 10pm EST to “Oprah: Where Are They Now” to find out what it has been like for Kristina to work with Jack on “When Calls the Heart.”

How did it come about that Jack and Kristina ended up working on the Hallmark Channel sweeping frontier drama? Kristin portrays Nora Avery the estranged wife of Bill Avery, portrayed by Jack.

Kristina Wagner revealed in the interview that Jack called her and asked her what she would she consider coming to Vancouver to be a part of the show.

Being in any situation with your ex can be difficult, but what is it like for Kristina and Jack to portray husband and wife on-screen again?

Kristina divulged that being on set with Jack Wagner is much easier now. The former couple is able to separate the personal from the professional. “It’s so much easier, because I can go on set, establish my boundaries, and my needs, and wants and get through these scenes.” Kristina continues, “I can work with him as a professional actress rather than a girlfriend or a wife.”

Some people may think it’s difficult to get back together on screen after having been married to someone. But Kristina assures “GH” viewers, she and Jack Wagner are having fun. The third season of “When Calls the Heart” premiered in February on the Hallmark Channel. Check local listings for days and times in your area.