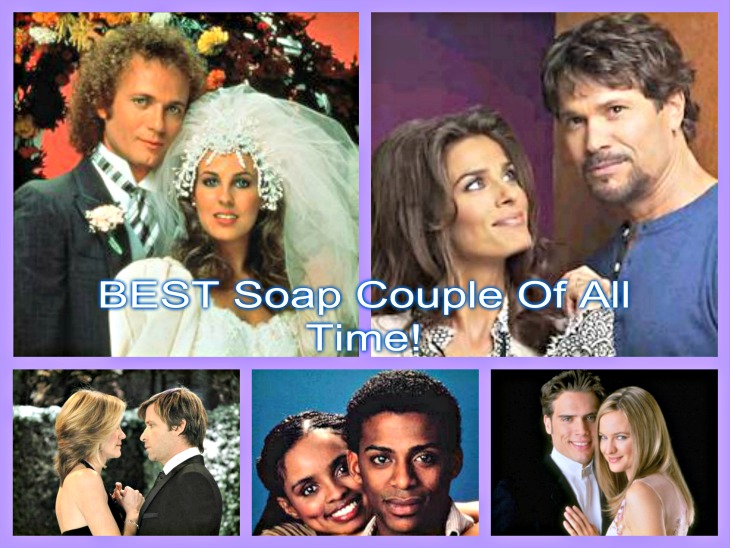 Romance is one of the major sparks about Soap Operas that we love to watch. Here are some of the best soap opera couples of all time.

Luke and Laura: Everyone who watched or did not watch soap operas knew who this couple was. From “General Hospital” they were the golden couple of daytime television. They went through their ups and downs but were still able to have a great romance that lasted throughout the years and still have two children, who are still on the show today.

Bo and Hope: One of daytime’s most beloved couples on “Days of Our Lives”. At a young age they both fell in love and were able to make a life together. They had lost so much over the years including a son but were still able to find their way back to each other. Unfortunately, this year was the end of this beloved couple as Bo was killed and died in Hopes arms.

Todd and Blair: You cannot forget about this controversial couple from “One Life to Live”. They schemed, they seduced, and they did everything to make each other hate the other but also to fall in love. Through many obstacles this couple managed to have several children. As the show came to an end the couple never go back together but continued to love each other and their family.

Angie and Jesse: They were that teen romance turned lifelong commitment couples we all know and love. On “All My Children” this couple was able to remain in love even after the loss of their son and her blindness. Even as the show came to an end, they still were as strong as ever.

Nick and Sharon: From “The Young and the Restless”, Nick and Sharon are the most popular couple on the show. Meet each other at a young age and falling in love, the two were able to get married and start a family together. Even over the years when they weren’t together and were other people, they would always find a way back to each other.

Of course these are our favorites, do you have a Soap Couple let us know in the comments below and vote in our poll!