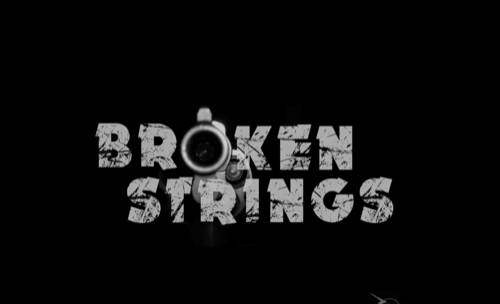 “The Bold and the Beautiful” stars Linsey Godfrey [Caroline Forrester] and Darin Brooks [Wyatt Fuller] along with “B&B” alum Kim Matula [Hope Logan] have been cast in the thriller “Broken Strings.” The film will be directed by “The Young and the Restless” star Robert Adamson [Noah Newman].

Darin’s fiancée and “B&B” co-star Kelly Kruger also has a role in the movie which was written by Jordan Ross. There is not much information available about the film just yet. Other members of the cast include Brant Daugherty [Noel Kahn, “Pretty Little Liars”], and Jared Kusnitz [Kevin Richardson, “Addicts Anonymous].

“The Bold and the Beautiful” and “The Young and the Restless” fans can check out the “Broken Strings” trailer on Robert’s YouTube channel. The description of the film reads, “Brant Daugherty stars in this Neo Noir short film that juxtaposes the ideals of friendship in the competitive field of entertainment with the real life hardships as an undercover agent.”

Robert Adamson also has another directing project in the works – “Our Last Day as Children.” Adamson will also star in the short film as Max Walter. “Y&R” co-star Hunter King [Summer Newman] has been cast as Addie. Linsey Godfrey also has a part in this short film also – she will portray Carly Porter. Production for this short feature was announced in late 2015.

“The Bold and the Beautiful” and “The Young and the Restless” fans get to see their favorite stars outside the world of daytime drama. At this time neither film has a release date as both appear to still be in production. Soap Opera Spy will share updated information as it becomes available.