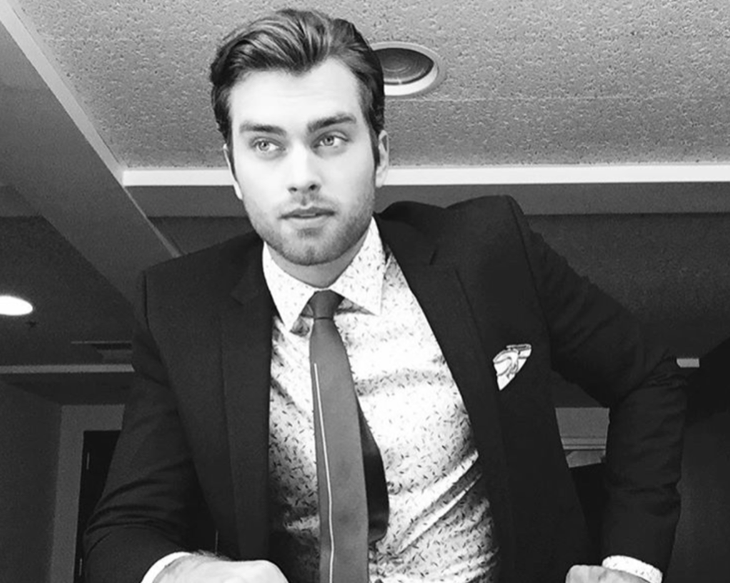 “The Bold and the Beautiful” Pierson Fode [Thomas Forrester] took to Twitter and Facebook for #fodefriday and answered fans questions. Among the things fans found out about Pierson are his favorite cereal, favorite music and his guilty pleasures.

“Well, it’s #fodefriday! Im going to be on Twitter & Facebook this morning answering questions” Pierson posted on both social media platforms. “B&B” co-star Linsey Godfrey [Caroline Forrester] got the Q&A going on Twitter. “@PiersonFode What shenanigans are you, me and @JacquelineMWood getting into?” Pierson replied it would be shenanigans of the very best kind.

Several viewers and followers wanted to know what kind of music Pierson likes. The actor’s current favorite band is The Rigs and he suggested everyone check them out.

Does Pierson Fode like Chipotle? Good Lord yes! Burritos are life! What’s Pierson’s favorite cereal? He has a slight penchant for Cheerios. What is the actor’s favorite drink at Starbucks? Passion ice tea. What if Pierson weren’t an actor, what would he do? He’d be a professional parkour. What is Pierson’s guilty pleasure? Believe it or not, Sour Patch candy. There’s some stashed away in his cupboard right now.

One fan asked, “What are your plans for this year? Do you have any projects?” Pierson replied, “Taking Thomas to strange new places! jk. maybe.”

In addition to The Rigs, Chipotle burritos, Starbucks passion ice tea, Cheerios and Sour Patch candy Pierson loves X-Men, and football is LIFE, but we think he meant soccer and not the NFL.

Pierson Fode stayed online for about an hour or two answering “The Bold and the Beautiful” fans questions. Will there be another #fodefriday? Who knows, “B&B” fans will just need to keep a look out on Pierson’s Facebook and Twitter. He may just surprise you and pop up again for more Q&A!