‘Days Of Our Lives’ News: Jordi Vilasuso And His Daughter Spend The Day At Disneyland 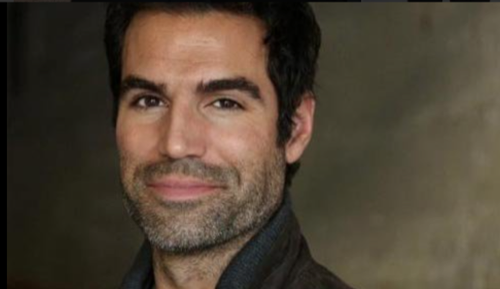 During St. Patrick’s Day, ‘Days of Our Lives’ Jordi Vilasuso was filled with excitement as he spent some quality time with his daughter Riley Grace Vilasuso. Jordi took the time to share his joy via Twitter; he tweeted directly to his wife Kaitlin. Vilasuso shared the cutest picture ever of him holding onto his daughter and captioned it “Waiting in line at Disney ain’t so bad with this one in my arms. Happy Saint patty’s! @KaitlinAnnRiley”

Several ‘Days of Our Lives’ fans shared their thoughts on the photograph, emphasizing how the beautiful he and his daughter looked together. Jordi who is originally born in Florida after getting engaged to Kaitlin in May of 2012 finally got married to her on August 25, 2012. Their first child, which is seen in the photograph Jordi shared on Twitter was born on November 26, 2012.

Waiting in line at Disney ain't so bad with this one in my arms. Happy Saint patty's! @KaitlinAnnRiley pic.twitter.com/sDDv2LSMbr

Kaitilin, his wife is also an actress who appeared on ‘From Justin to Kelly’ as Ashley. While she has never been on Daytime Soap Operas like her husband she appeared on different shows such as Kickin It as Lexi, Monster, In the Shadows, Catherine’s Grove and Scavengers.

Jordi recently debut as a Dario Hernandez recast on Days and we are yet to learn more about Dario. Jordi is also an award winning daytime star. He won the award for Outstanding Younger Actor in a Daytime Drama series for his great portrayal of the character of Tony Santos on the now defunct ‘Guiding Light’ in 2003. He was also nominated for the same character in the previous year. Throughout his acting career apart from his roles on Guiding Light and Days, he also had a role on All My Children as Griffin Castillo.

So what are your thoughts on this, do you think Jordi looks as cute with his daughter as we do?