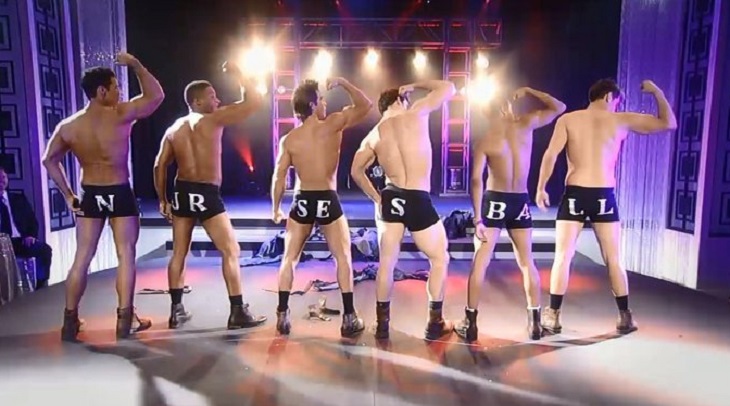 General Hospital’ news includes the dates for the ‘GH’ Annual Nurses Ball and the name of the 2016 sponsor for the annual red carpet event. A press release reveals that Aveeno will once again sponsor the Nurses Ball which will air May 24-26.

Vicki Dummer, head of Current Series Programming, made the announcement regarding Aveeno’s corporate sponsorship. “We are pleased to bring back the Nurses Ball this year and delighted that Aveeno will continue as our corporate sponsor. The Nurses Ball brings awareness to AIDS research while giving our immensely talented cast a chance to showcase their vocal talents.”

The Nurses Ball is one of the most anticipated events on the ‘General Hospital’ calendar. Founded in 1994 by Lucy Coe [Lynn Herring], everyone in Port Charles turns out to see or be seen.

Executive producer Frank Valentini promises there will be lots of music, dancing, glamour and of course an abundance of drama. “There’s a lot of exciting performances and appearances in the works. You won’t want to miss it!” Valentini revealed.

The star-studded guest list has not been released yet, but ‘GH’ viewers will see many familiar faces from several entertainment news shows. These guests will make cameo appearances on the Nurses Ball red carpet.
Drama and intrigue don’t take the night off for the ‘General Hospital’ Nurses Ball! On the contrary, the glamorous and glitzy evening will set the stage for many dramatic events to take place in Port Charles.

What craziness can ‘GH’ viewers expect during the Nurses Ball? TPTB tease that someone’s life will in jeopardy, get ready for a surprising arrest, the emergence of a new couple – and much, much more. Set your DVRs now because you do not want to miss the ‘General Hospital’ Annual Nurses Ball airing May 24-26.