‘General Hospital’ POLL: Vote for Your Favorite “GH” Performer of the Week April 11-15? 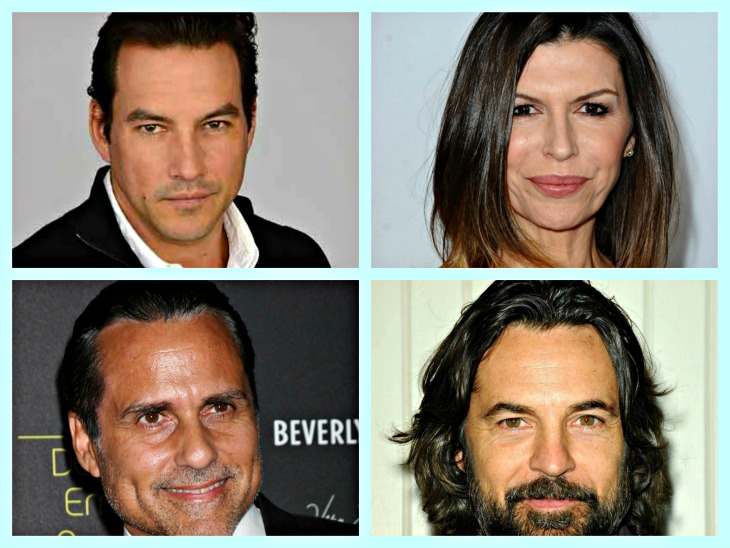 ‘General Hospital’ continues to wow the fans. With major story turns this week including several romantic moments, a gunshot, someone arrested, truths revealed and some pivotal material the stars were given another chance to shine. Several of actors and actress of this show rose to the occasion delivering their classical A-game performances. The stars we’ve chosen this week are as follows:

Certainly being nominated for the Daytime Emmy’s in the Outstanding Lead Actor category doesn’t stop Christopher from aiming for another nomination next year. Nikolas is suffering the consequences of giving orders to have Hayden (Rebecca Budig) shot to keep her from spilling the truth of Jason’s identity last year. This week was another fabulous week for this talented star; he showed everyone why he deserves to walk away with the Emmy award coming next month

This week we had the opportunity to see another side of Parise. Carlos was so happy to have the upper hand holding Sonny (Maurice Benard) at gun point and calling the orders. Parise most definitely is one of GH’s top actors right now, what a grand and bravo performance he gave this week in just about 2 episodes.

We can’t help but emphasize what a widely talented actress Hughes is. It’s been several months since Duke (Ian Buchanan) was killed and Hughes is still able to display this type of grief.  Anna went to great lengths just so she could located Carlos and bring him back to Port Charles to face the legal system. Hughes as usual was at the top of her game this week.

Sonny is still convinced that it was Carlos who shot him. Unaware that it was actually Paul, he went in search of Carlos. After teaming up with Anna, he was able to locate it and their confrontation was somewhat bitter for a while until Anna came to Carlos’ rescue. Benard continues to show us that he is one of the best at acting; do you think he should be named the performer of the week?

So GH fans which one of these four do you think deserves the title? Vote below!

Migueljt14 posts0 comments
You might also likeMore from author
Celebrities