‘The Bold and The Beautiful’ News: Pierson Fode To Appear On “Home & Family” 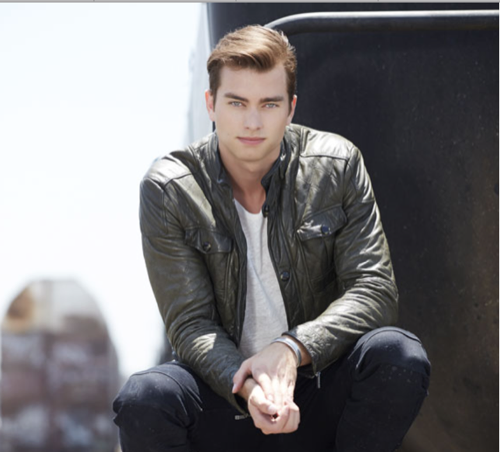 ‘The Bold and the Beautiful’ actor Pierson Fode (Thomas Forrester) will be making his talk show appearance on Hallmark’s ‘Home & Family’ on April 20th. According to the report from Soaps.sheknows.com Fode will be discussing his role on “B&B” and most likely his recent Emmy nomination in the category of Outstanding Younger Actor.

Fode will join the hosts Mark Steines and Cristina Ferrare and other guests such as Gabrielle Reece who hosts NBC’s “Strong” and Kym Douglas. Douglas, who is the wife of former “The Young and the Restless” star Jerry Douglas (John Abbott).  They will be discussing her products and sharing some of her greatest tips to help “picky eaters”.

Fode is one of the newest additions to ‘The Bold and the Beautiful’ having joined the show as a recast Thomas Forrester in July, 2015. Though he is quite new to series, he has done excellent work that earned him his first daytime Emmy nomination. His is also well known for appearances on shows such as ‘iCarly’, ‘Runaways’, ‘Naomi and Ely’s No Kiss List’, ‘Jesse’ as Brooks Wentworth, ‘Kill Games’, ‘Cardinal X’, ‘Storytellers’, ‘Wrath of God: Confrontation’ a movie, ‘Indigenous’ and ‘Hello Ladies’.

Fode’s current storyline as Thomas includes him being unaware that he is the father of Caroline’s (Linsey Godfrey) baby. Spoilers’ tease that things are about to heat up as Ridge (Thorsten Kaye) scrambles to keep Douglas’ paternity a secret. This could be one of the many things that he discusses when he stops by “Home & Family” which airs on the Hallmark Channel weekdays at 10a.m Est. Be sure to catch his appearance happening next this Wednesday morning.

So B&B fans have you been enjoying Fode’s delivery on B&B? What are you hoping he discusses on Wednesday? Are you hoping Douglas’ paternity is revealed soon?

Migueljt14 posts0 comments
You might also likeMore from author
Celebrities