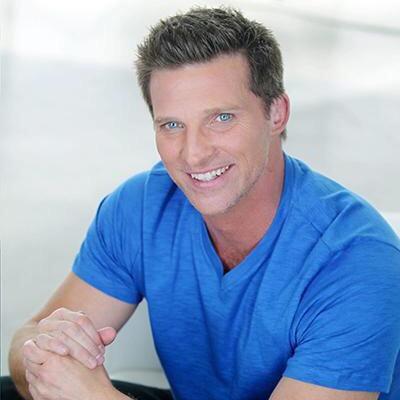 Burton currently portrays Dillon McAvoy, son of Paul Williams and officer with the Genoa City Police Department on “The Young and The Restless”. Burton’s departure from GH came as a shock to many “GH” fans, who had grown to love him like a member of their own families as we soap fans so often do.

Burton announced his move to Nashville and claimed it was motivated by the desire to spend more time with his family. What he didn’t mention, probably because of strict non-disclosure rules in a time when the Internet is constantly awash in rumors of backstage intrigue and keeping a new character under wraps is no easy feat, was that that “family time” came with a move to Nashville and a role on competitor soap, The Young and the Restless (Y&R). Burton has said since that his role on Y&R allows him the flexibility he needs to spend time with his family in Nashville.

Despite their being on opposite sides of the law Jason Morgan and Dillon MacAvoy have some things in common, which may bring “GH” fans who still miss the original Jason Morgan some comfort: both are quiet, simple; both hold dear their strict ethical codes; both love a severe hairdo paired with blue jeans a leather jacket; and of course, both have the same angular good looks, electric blue eyes, and stacked figure.

The recast of Burton on GH with Y&R’s Billy Miller, like a daytime actor version of Freaky Friday, has made Burton’s departure a little easier too. Miller has taken the role of Jason Morgan in a direction all his own and all fantastic, while retaining enough of original Jason’s qualities to make fans feel like they are still watching the same character. Add to this Miller’s own winning looks, his boyishly innocent smile and expressions, and that scorching chemistry with on-screen love Kelly Monaco (Sam Morgan), and you’ve got throngs of very content new Jason fans.

Jackson won five Daytime Emmys for his gripping portrayal of Lucky Spencer on GH. He also has his own band, Enation, and a starring role on primetime’s Nashville.