‘The Young and the Restless’ News: Kate Linder New Movies – Cast In Suspense Thrillers ‘Voice From The Stone’ And ‘The Charnel House’ 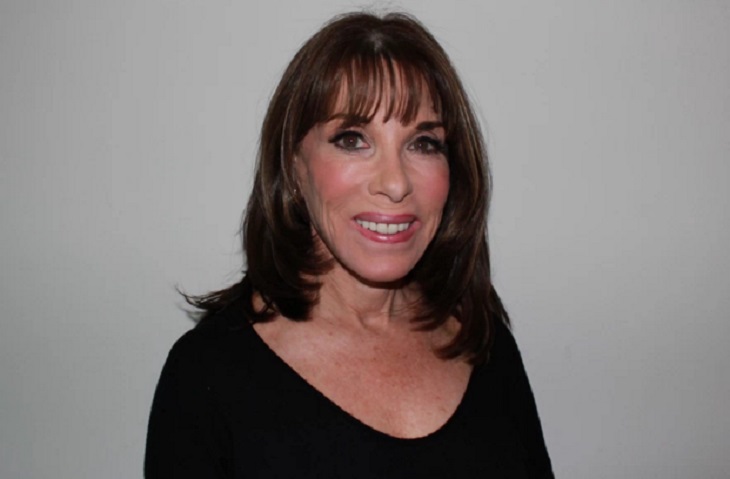 ‘The Young and the Restless’ Kate Linder [Esther Valentine] has two new movies in the works. Kate has been cast in the suspense thrillers ‘Voice from the Stone’ and ‘The Charnel House.’ She also has a small role as Gigi the dog walker in the new Julia Roberts and Jennifer Aniston movie ‘Mother’s Day.’

Kate has been cast as LaVecchia in ‘Voice from the Stone’ which has completed filming. The synopsis for the film reads, “Set in 1950s Tuscany, Voice from the Stone is the suspenseful and mysterious story of Verena, a solemn nurse drawn to aid a young boy who has fallen silent since the sudden passing of his mother.”

‘Voice from the Stone’ also stars Emilia Clark [Daenerys Targaryen, ‘Game of Thrones] as Verena and Marton Csokas [Quinn, ‘Into the Badlands’] as Klaus. The movie has completed filming but no release date has been set at this time but we will keep you updated.

If working with the formidable Daenerys Targaryen herself weren’t enough, Kate has also taken on the role of Rachel Marks in ‘The Charnel House’ another suspense thriller.

The synopsis for the film reads, “After talented architect, Alex Reaves, achieves the impossible – transforming the long- abandoned Fairmont Meat Company slaughterhouse into the ultramodern high-tech Lofts – his family and tenants are faced with a deadly secret that’s patiently spent the past 30 years within the aged brick building.”

‘The Charnel House’ also stars Nadine Velazquez [Sofia, ‘The League’ and Emma Rios ‘Major Crimes’] as Charlotte Reaves and Callum Blue [Anthony Knivert, ‘The Tudors’ and Peter Van Owen, ‘Proof’] as Alex Reaves. The movie is currently in post-production and is set for release on August 10, 2016.

‘Y&R’ fans miss Esther and would love to see her back soon in Genoa City. But Kate is keeping busy in her time away from ‘The Young and the Restless.’ In addition to ‘Voice from the Storm’ and ‘The Charnel House’ Kate Linder has been cast as Senator Difford in ‘Loners,’ as Rhonda Rooney in ‘Act Super Naturally’ and as Caterina in ‘For the Living’. All three films are currently in post-production.