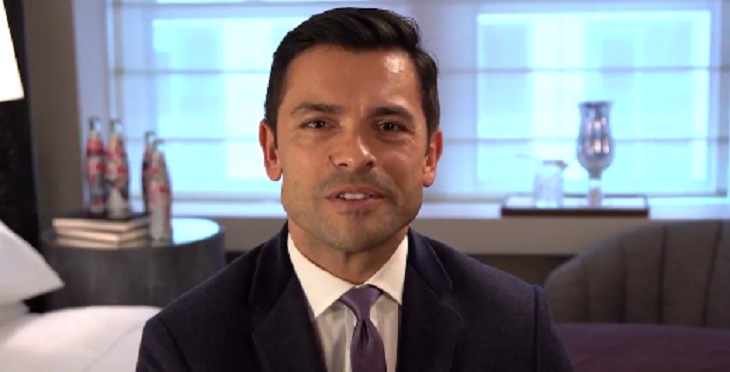 ‘All My Children’ alum Mark Consuelos has filmed the pilot for the new USA Network show ‘Queen of the South.’ The suspense-filled drama premieres on Tuesday, June 21 at 10p ET/9p CT.

Mark has been cast as Teo Aljarafe in the action thriller which was filmed mainly in Dallas. The network has changed the series premiere date a few times but this one seems to be final.

The one-hour drama is based on the international best seller ‘La Reina Del Sur’ written by Arturo Perez-Reverte. ‘Queen of the South’ is a co-production by Fox 21 Television Studios and Universal Cable Productions.

‘Queen of the South’ tells the story of Teresa Mendoza [Alice Braga], a woman forced to run and seek refuge in America after her drug-dealing boyfriend is murdered in Mexico. In the process, she teams with an unlikely figure from her past to bring down the leader of the very drug trafficking ring that has her on the run.

Mark also has a few other projects in the works. Mark portrays Vic in the drama ‘All We Had’ directed by Katie Holmes which was released on April 15. Consuelos has also taped an episode of ‘Difficult People’ for the Hulu Original series second season.

‘All My Children’ fans can soon see Mark Consuelos in the upcoming movie ‘Nine Lives’ with Kevin Spacey, Christopher Walken and Jennifer Garner. No character information has been released yet but the movie has completed filming.

The made-for-television movie ‘Pitch’ is currently in pre-production. Mark Consuelos has been cast as Oscar in the drama about a young female pitcher who becomes the first woman to play in the major leagues.