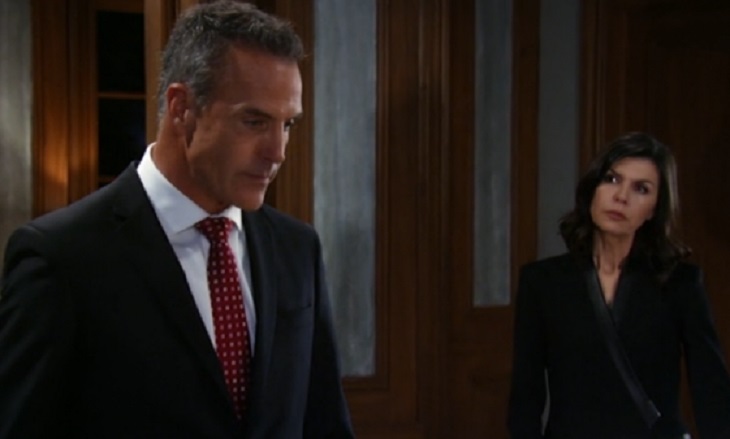 This week was one packed with numerous high points on ‘General Hospital‘. We, the viewers were treated to a week of intense and thrilling drama. With Carlos (Jeffrey Vincent Parise) finally being captured, a major showdown between Paul (Richard Burgi) and Anna (Finial Hughes) and the two being arrested, viewers had a blast. A few members of the cast were able to display their raw talent and why they deserve to be in the acting business. A few of them made the list of performers of the week for you to vote for, take a look.

Burgi, is certainly a great addition to the GH cast. With this week’s set of material, he was able to display a range of emotions. The show down between him and Anna at the PCPD and the prison cells had Twitter and social media on fire. Several viewers used this medium to discuss how powerful they though those scenes were. Watching Paul and Anna go head to head in front of the Police Commissioner Jordan (Vinessa Antoine ), was quite a thriller moment. Burgi showed anger, frustration, worry, concern and all different types of feelings in one set of dramatic scenes. Thumbs up to Burgi for the wonderful work he has done this week.

Although she has made the list several weeks in a row, it would have been cruel of us not to give Hughes the honorary mention she deserve this week. From the moments of Carlos’ capture and arrest Anna set out to get Paul arrested. As the story unfolded Anna begin confessing her deeds to Jordan and eventually told of all Paul’s misdeeds. Hughes brought many to tears while she confessed to Jordan and even watching her and Paul go head to head behind prison bars.

Parise continues to shine and it’s no doubt due to him being a fine actor and the fine material he was given. Carlos wants out of Prison and will do anything to get that. But just how will he get out we will have to wait and see. Those scenes between him and Anna plus between him and Griffin (Matt Cohen) were intense. Overall it was a week like no other.

Dr. Finn is quite a mystery. Nonetheless, Easton is taking his time bringing this new character to life. His illness which he now confirms to be diabetes is taking a toll on him. With him breaking to tell Carly (Laura Wright) the truth and facing off with Dr. Obrecht (Kathleen Gati) we thought he did an excellent job.

So fans who do you think deserve the title of Performer of the Week? Vote below!