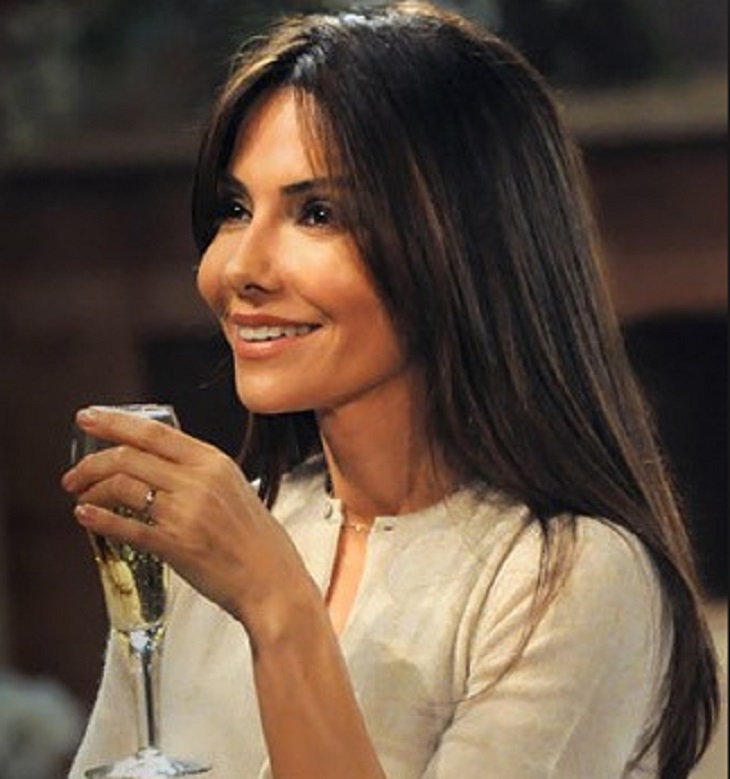 For months now “General Hospital” alum Vanessa Marcil has been teasing some new projects that she has been working on. Today, we can officially report that she will star in the ‘The Convenient Groom’ a movie on the Hallmark Channel. The movie is set to premiere on June 18 at 9p.m EST/PST.

This new movie is based on a story of Dr. Kate Lawrence and her fiancé Bryan. According to the full show description released earlier by We Love Soaps, the movie is centered in New England Town. Kate is a celebrity relationship expert who dates Bryan and he is a handsome and well polished businessman.

In the midst of the two being out shopping, Kate runs into Lucas, he is a carpenter who specializes in handcrafted furniture. Apparently Lucas Wright had a crush of Kate for several years, ever since their going high school together.  Kate plans a big event where she wants to announce her engagement, at this event Bryan breaks up with her leaving Kate in shock. Lucas being an old friend and hoping to help Kate steps up pretending to be her fiancé. Kate has no choice but to play along since she wants her career to remain successful.

As things go along and they continue to pretend to be a couple, they eventually develop feelings for each other. Later Lucas confesses that he loves her and in this regards Kate fears her relationship would end similarly to how it ended with Bryan. Her career continues to soar and Kate feels bad about what she has done hence she decides to let everyone known Lucas was not her fiancé to begin with. But sadly before she could confess, a viral video was sent out exposing her and her fake engagement. With things being so bad especially her career she decides to fix the relationship she let slip away.

This movie sounds really interesting, Can’t wait to see what Marcil has to offer here. Marcil is well known having played the role of Brenda Barrett on ‘General Hospital’ from 1992 – 2013.