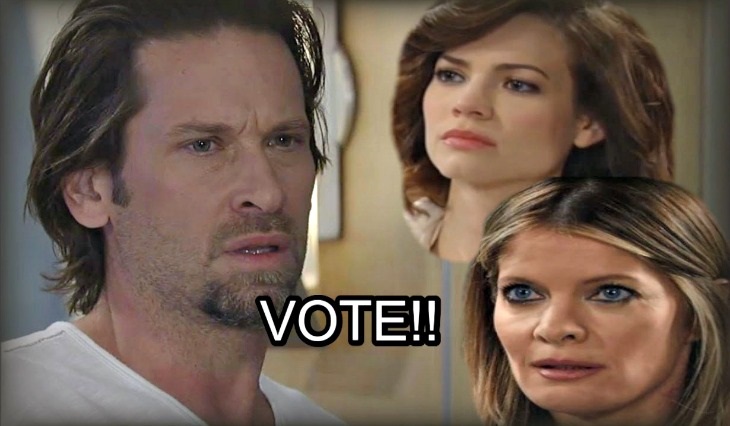 ‘General Hospital’ spoilers tease that Liz Webber [Rebecca Herbst] will begin to warm up to Franco [Roger Howarth] just as his relationship with Nina Clay [Michelle Stafford] takes a turn for a break-up. Are ‘GH’ fans Team Nina or Team Liz when it comes to romance for Franco?

Surprisingly Franco has been the one person Liz has been able to count on during all the turmoil with Jason and his reunion with Sam [Kelly Monaco]. Franco not only has been there for Liz to lean on, he seems to be the only one who is able to connect with Liz’s son Jake.

Watching Franco with Jake must be frustrating for Nina. All she’s ever wanted is a baby and Franco’s answer is to give her a puppy. How can Franco be so insensitive? Franco may think the puppy is the perfect compromise, but all Nina sees is a man who doesn’t want to be a father because he fears passing on bad DNA to a child.

As Nina’s heart aches for a baby, Franco is connecting with Jake. Liz may have reservations about Franco because of his past as a serial killer, but the mother of three wants what’s best for her son and right now that’s the serial killer turned art therapist. Liz should cut Franco a break – the guy did have a brain tumor that caused him to go on a murder spree.

‘General Hospital’ fans, do you want to see Liz with Franco? Do you think they would make a good couple? Nurse Webber comes with a ready-made family which means there’s no pressure on Franco to father a child.

Franco has already connected to Jake and proven to Liz that he’s can be there for her. Why shouldn’t Liz and Franco explore a romantic relationship? Which ‘GH’ couple would you choose? Should Franco stay with Nina or would he be better off with Liz?