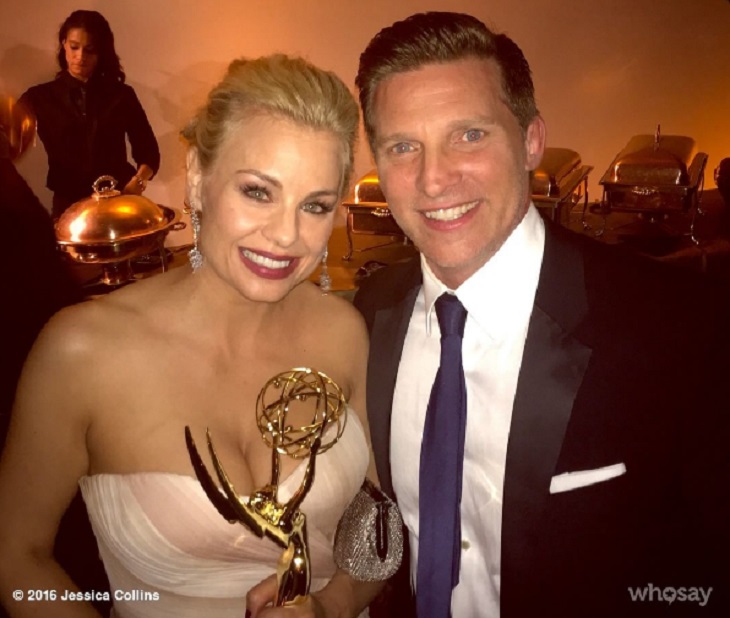 ‘The Young and the Restless’ alum Jessica Collins [Avery Bailey Clark] dressed her adorable daughter Jemma up for ‘May the 4th Be With You’ Day and shared the photo with fans. The Daytime Emmy winner for Outstanding Supporting Actress dressed baby Jemma as R2D2.

Jessica also dressed her cuter than cute pooch up for the big day. Captioning the photos, “My girls. #MayThe4thBeWithYou” Jessica’s dog is dressed as Princess Leia. 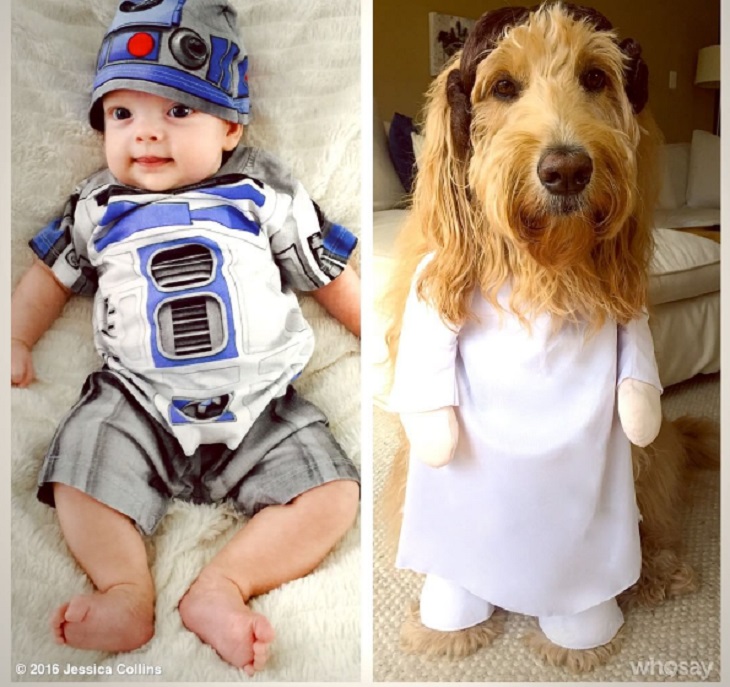 Just a day before Jessica shared a short video clip with Instagram followers. Jessica’s mother-in-law is holding a pink clad Jemma and explains to the baby girl that her clever Mummy won an Emmy. Jemma smiled and giggled with glee at the news. Jessica captioned the video clip, “Jemma hearing the Emmy news from her Nanna… @daytimeemmys.”

Jemma hearing the Emmy news from her Nanna… @daytimeemmys

Many ‘Y&R’ fans wished Jessica Collins a Happy Mother’s Day which falls on Sunday, May 8 in the United States. Jessica was able to celebrate the United Kingdom’s Mother’s Day about two months ago with her newborn daughter. She posted a photo of herself with Jemma and wrote, “It’s #MothersDay in the UK. My daughter is half British so I’m getting in on this one. Cheers to ALL mums today!”

It’s been a big year for Jessica Collins! She welcomed Jemma Kate Collins Cooney on January 23. She celebrated UK Mother’s Day, she won a Daytime Emmy for her work on ‘The Young and the Restless,’ she’s celebrating ‘May the 4th Be with You ‘ Day and she gets to celebrate Mother’s Day all over again on Sunday, May 8. Congratulations to Jessica – and her husband Michael Cooney.