‘The Young And The Restless’ Spoilers May 9-13: Billy Betrays Jack – Schemes To Take Back Jabot – Lily Vows To Take Down Hilary 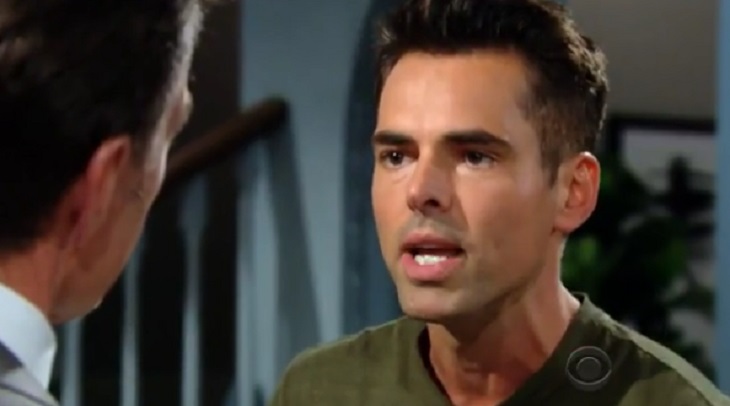 ‘The Young and the Restless’ (Y&R) spoiler video for the week of May 9 through May 13 tease that Billy Abbott [Jason Thompson] will face off against Jack Abbott [Peter Bergman] for control of Jabot. Billy implies that he will also fight Jack for Phyllis Abbott’s [Gina Tognoni] affections.

Get ready for a week of payback, deception and betrayal. In the ‘Y&R’ spoiler video clip Jack catches Phyllis and Billy holding hands in Chancellor Park. Of course Jack confronts Phyllis about what he saw. Phyllis will run off and tell Billy, “He knows there’s something between us.”

Jack isn’t about to let anything slide and will face-off against Billy. But does Jack stand a chance? “I am going to take what is mine. Whether that is my company or a woman” Billy tells Jack.

Jack has waited too many years for his happily-ever-after with Phyllis and even longer to gain control of Jabot. Is he really going to let his little brother steal both away from him?

Meanwhile Lily Ashby [Christel Khalil] isn’t going to take any more of Hilary Winters [Mishael Morgan] scheming and lies. It is on between Devon Winters [Bryton James] sister and his wife. Who will come out the victor?

Hilary has manipulated her way into every corner of the Winters and Ashbys lives. Lily has forgiven Hilary too many times to count. But there won’t be any forgiveness this time it seems. In a confrontation at the GCAC Lily calls Hilary just what she is – a lying, scheming, back-stabbing skank and then throws a glass of water in Hilary’s face. Is Lily ready to take down Hilary once and for all?