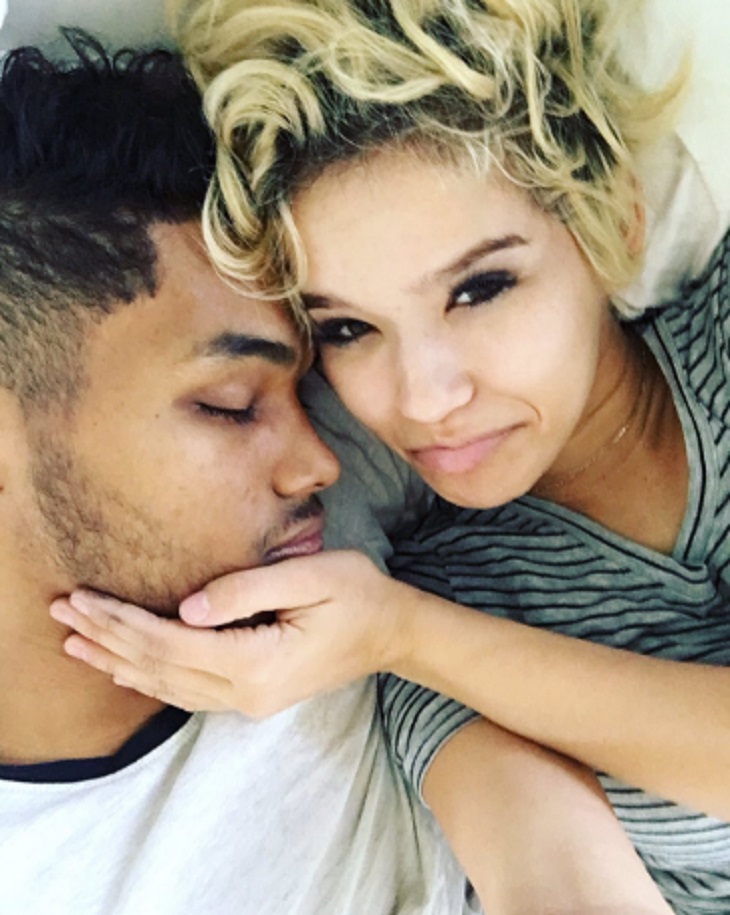 ‘The Bold And The Beautiful’ star Rome Flynn’s character Zende is a hot commodity right now on the CBS soap opera.  He’s currently caught up in a rather messy love triangle between sisters Sasha (Felisha Cooper) and Nicole (Reign Edwards).  ‘B&B’ spoilers tease that their messy love triangle is about to get a whole lot messier now that Sasha has a positive pregnancy test and claims Zende is her baby-daddy.

When Zende arrived on ‘The Bold And The Beautiful,’ fans of ‘B&B’ were obsessed with the hot chemistry that he shared with Reign Edwards.  Rome Flynn and Reign do spend some time hanging out behind the scenes, but JUST on a friendly basis.  It turns out that Flynn is taken, by a gorgeous up and coming model named Camia Marie – if you follow Rome on social media then you are most likely familiar with her.

Rome’s girlfriend Camia doesn’t seem to mind his on-screen girlfriends though, the ‘B&B’ star joked in a recent interview with CBS Soaps In Depth that he has taken them all out on a date.  Can you imagine Rome Flynn arriving on the scene with Felisha, Reign, AND Camia on his arm?!

Rome Flynn teased, “And when I’m with my real-life girlfriend [model Camia Marie] and Reign and Felisha, it’s really funny.  It’s become kind of a funny inside joke between us all.”

As much as we like seeing Nicole and Sasha fight over Zende, you got to admit that he and Camia are super adorable!