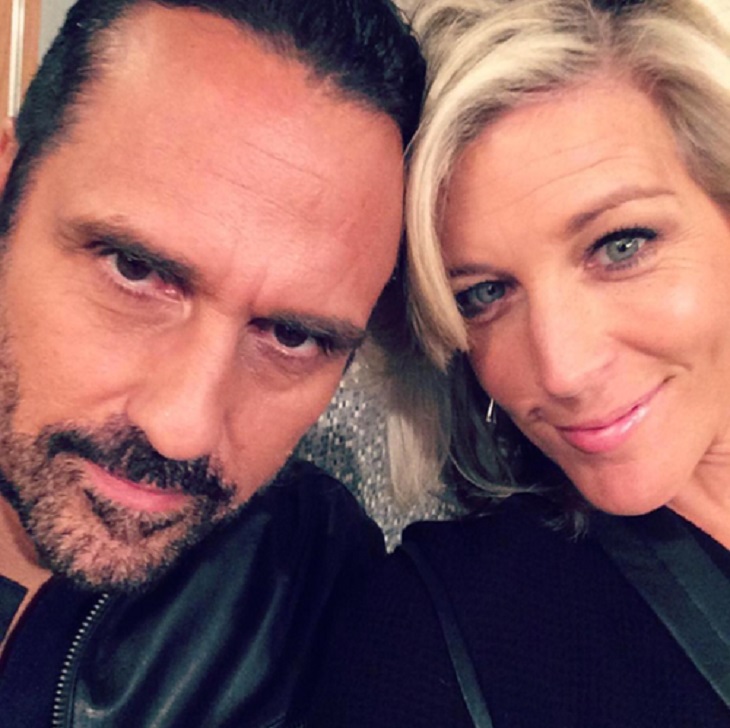 ‘General Hospital’ star Maurice Benard’s ‘GH’ character Sonny Corinthos is a pretty serious guy, being a mob boss and all, but if you follow Maurice on social media then you know that he is pretty funny in real life.  We have a sneaking suspicion that Maurice Benard’s teenage daughters are seriously reconsidering teaching him how to use SnapChat.

This week the ‘General Hospital‘ star took to Twitter to share a hilarious video of himself – and we seriously can NOT stop laughing.  Maurice was playing around with his SnapChat filters, and decided to record himself as a rat, which is ironic seeing as how Sonny Corinthos despises rats.

In the video Maurice Benard is sitting in his car recording himself while one of his kids is in the backseat laughing hysterically.  And, you will too one you watch the video.  Maurice dons rat ears and buck teeth, whiskers, and glasses (because you know rodents totally wear glasses) while he licks his lips … and his nose.

We love Sonny Corinthos on the ABC soap opera, but honestly we wish that Maurice Benard got to show off a bit of his comedic side every once in a while. We know mob bosses don’t get a whole lot of one-liners, but Maurice Benard is hilarious!  ‘General Hospital’ is definitely missing out by not cashing in on his jokester personality.

So ‘GH’ fans, what do you think of this goofy side of Maurice Benard?  Do you wish we got to see more of his fun-loving personality on the ABC soap opera?  Let us know what you think in the comments below!