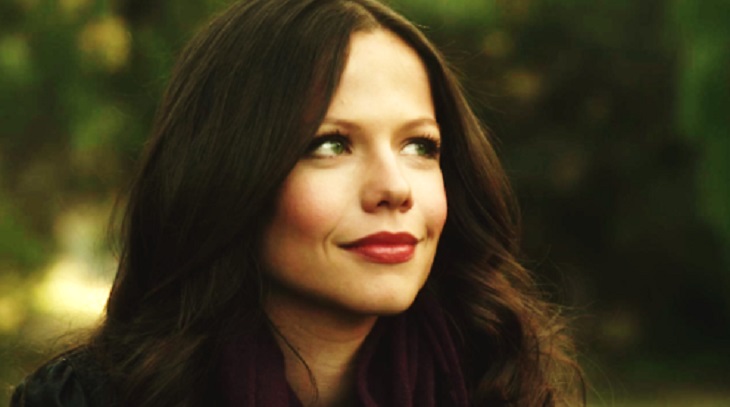 ‘The Young And The Restless’ alum Tammin Sursok is returning to the popular Freeform drama ‘Pretty Little Liars.’  Spoilers for Season 7 of ‘PLL‘ have confirmed that Jenna Marshall is headed back to Rosewood.  Tammin played the part of the mysterious character, who we still haven’t determined is a villain or a victim, from Season 1 to Season 5.  Sursok was MIA during Season 6, but she is scheduled to make her big return in Season 7 Episode 4.

‘The Young And The Restless’ fans will remember Tammin Sursok as Colleen Carlton, she starred on the CBS soap opera for 2 years as the daughter of Don Diamont’s Brad Carlton.  Colleen faced a tragic death on ‘Y&R’ and drowned in the same lake as her own father.  However, part of the reasons that she was such a crucial character on the CBS soap opera is that after her death, her family allowed Victor Newman to have her heart, in order to save her life.  If it weren’t for Tammin Sursok’s character, VIctor Newman might not still be wreaking havoc in Genoa City today!

Tammin Sursok was a well-known actress in Australia before she began her career in the US, and she starred on the popular Australian soap “Home And Away.”  She scored several guest appearances on American shows before she was put on contract at ‘Y&R.’

So ‘Y&R’ fans, do you remember Tammin Sursok on the daytime drama?  Have you been following her career on ‘Pretty Little Liars?‘  What do you think Jenna Marshall has been up to since the five year time jump on the Freeform drama?  Share your thoughts in the comments below!