‘The Young And The Restless’ News: Alum Victoria Rowell Joins Cast Of ‘Mann And Wife’ 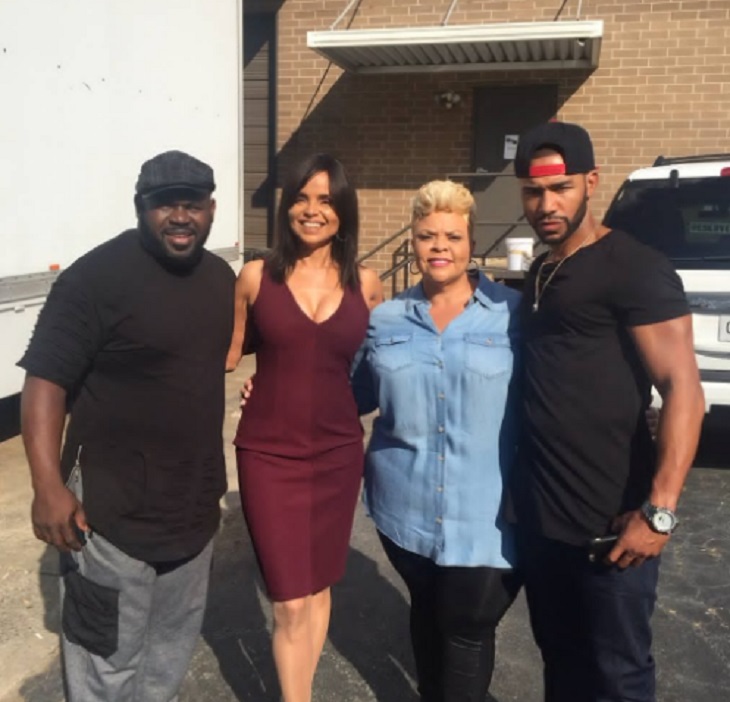 ‘The Young And The Restless’ alum Victoria Rowell has a new gig!  The former ‘Y&R’ star, who is well known from her role as Drucilla Winters, shared the exciting news on social media today.  Victoria has been in the news a lot lately with her ongoing lawsuit against CBS.  So, this news definitely comes at a good time, the former soap star could use some positivity these days.

So far there isn’t too much information on Victoria’s new character on ‘Mann And Wife.’  Right now the sitcom is currently filming Season 3.  ‘Mann and Wife’ airs on Bounce TV, the 22 minute sitcom has garnered a lot of success with its hilarious cast.  Real life married couple David and Tamella Mann play the part of the sitcoms main characters, Daniel and Toni.  Daniel and Toni are newlyweds, and they both have children from previous relationships.

Victoria Rowell shared a photo on Twitter of herself posing with some of the ‘Mann And Wife’ cast members.  Victoria raved, “OMG laughed so much!  Loved every second!”  We can’t wait to see Rowell show off her funny side, this role seems much less serious than some of her previous castings.

So ‘Y&R’ fans, have you ever watched ‘Mann And Wife’ on Bounce TV?  Do you think that Victoria will make a good addition to the cast?  Share your thoughts in the comments below!