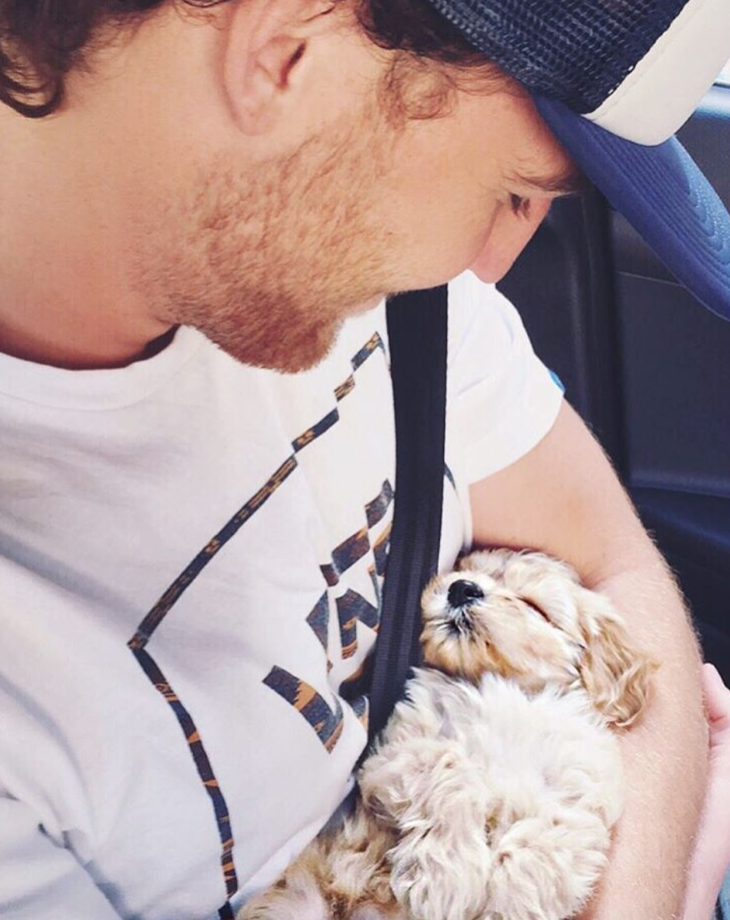 ‘Dancing with the Stars’ Witney Carson hasn’t let an elimination with partner Vanilla Ice during week for of ‘DWTS’ 23 get her down. Witney and her husband Carson McAllister have a new addition to their family.

Witney posted an adorable photo to Instagram of McAllister holding the tiny fur baby. “We have a baby & she’s perfect @carson.mcallister” Witney wrote. It appears as if Witney and her hubby were bursting with so much joy they couldn’t even wait to get home to share pics of their little bundle of furry joy.

‘DWTS’ fans don’t mind that Witney Carson shared another photo of the perfect puppy who was wide awake and enjoying the photo shoot. The little darling, who appears to be a miniature or teacup poodle, posed pretty for mommy as Witney snapped her picture. “Sorry for the puppy overload, but I mean can you blame me?!” Witney Carson wrote.

Witney Carson joined the cast of professional dancers during season 18 of ‘Dancing with the Stars’ and was partnered with Cody Simpson. The duo was eliminated week 5. Alfonso Riberio was paired with Witney for ‘DWTS’ season 19. The dancing duo took home the coveted Mirror Ball trophy.

Newlyweds Witney Carson and Carson McAllister are enjoying time with their perfect new puppy. The couple became engaged in 2015 after four years of dating. On January 1, 2016 Witney and McAllister married in a private at the Salt Lake Temple in Salt Lake City.