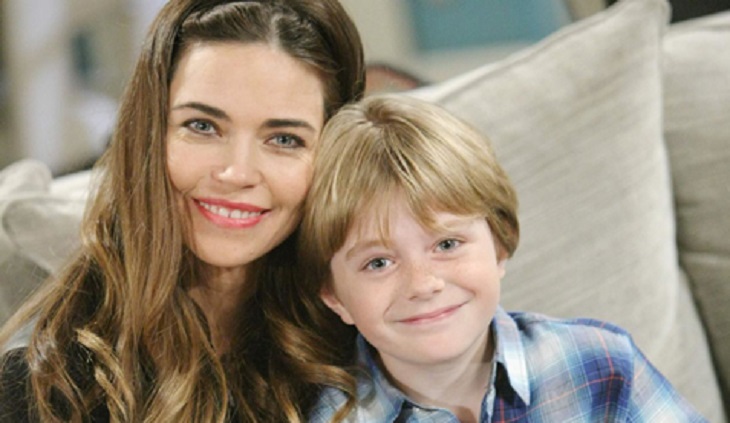 We have some distressing news to share with Y&R fans today. ‘The Young and the Restless’ Amelia Heinle, who portrays the role of Victoria Newman took to twitter on January 10th, 2017 to let her fans know about the news regarding her on-screen son’s current health crisis.

Related: ‘The Young and The Restless’ Puzzle Fun! Guess The Y&R Hunk!

Many Young and Restless viewers will recall, Max Page portrayed the role of Victoria’s son back in 2009 through 2015.  Heinle tweeted requesting prayers from her fans on twitter for Max.  Amelia’s post was later shared by several members of the Young and Restless cast. Melody Thomas Scott who currently portrays the role of Nikki Newman was one in many who shared Heine’s post about Max’s health condition.

Many fans of the daytime soap were quick in responding to that tweet. Max Page’s mom, Jennifer Page went on social media and posted a message to Instagram along with a picture letting his fans know he would be in the hospital for approximately two weeks and encouraged fans to send him letters and get well cards as this would certainly lift his spirit. Ms. Page provided: Children’s Hospital Los Angeles, 4650 Sunset Blvd., Los Angeles, CA 90027, Max Page Room 2344.

It was later revealed that Max is fighting a very serious heart infection with what doctors are calling “Endocarditis”. Page’s son apparently has a congenital heart disease and conduit stenosis which is reportedly a heart condition that is evidently restricting the blood flow in his body from the right ventricle of his heart into his lungs due to a narrowing of the pulmonary valve, which had been surgically implanted back in 2012.

It is being reported that he will need to undergo several weeks of treatments with IV antibiotics and medication for the infection. He was airlifted to Children’s Hospital in Los Angeles, where he is now getting the proper treatment for his heart condition.

At this time, we want to extend our well wishes to the family of Max Page, and wish to ask the fans to please keep them in our thoughts and prayers during this difficult time.