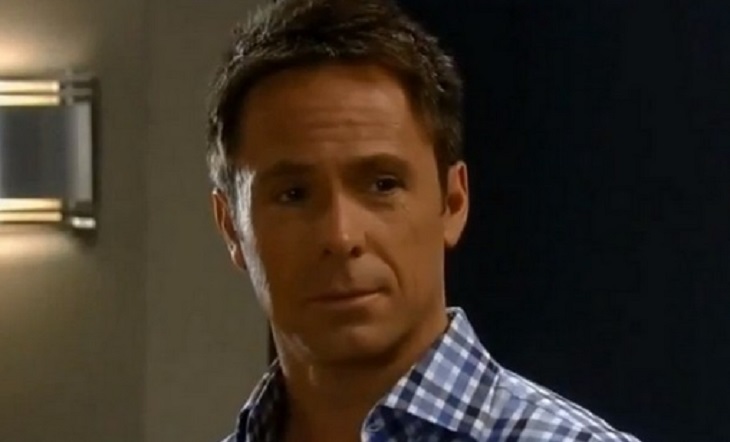 General Hospital spoilers tease that another GH actor may be leaving Port Charles.  According to GH comings and goings, William deVry’s contract at the ABC soap opera runs out in just a few short months, and so far deVry is not sure if he will renew the contract and stay on at the daytime drama.

William deVry currently is working on an indie movie called ‘Snapshots’ with his wife Rebecca Staab [Port Charles alum], plus he is starring in a new reality TV show.  So, he’s a pretty busy guy.

In this week’s edition of ABC Soaps In Depth, William opened up about his contract status at ‘General Hospital.’  And, he was pretty cryptic about whether or not he planned to stay on the sudser.

Related: Brandon Barash And Kirsten Storms’ Daughter Harper Rose Is Growing Up – Check Out The Pictures!

William dished, “You have to cross that bridge as the world unfolds before you- that’s all you can do in daytime.”

So far Julian Jerome has some frontburner storylines with his ex Alexis David [Nancy Lee Grahn], but all that could change.  Rumor has it that Jerome’s not-so-dead sister is returning and on the search for revenge.  Could she orchestrate a hit on her mobster bro?

Do you think William deVry will renew his contract, or are Julian Jerome’s days numbered on the ABC soap opera?  Share your thoughts in the comments below!