EastEnders: These Characters Have Horrible Luck In The Romance Department 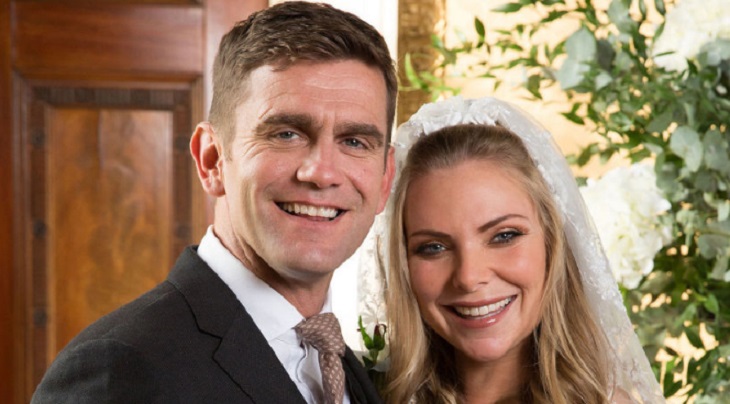 Since the British soap opera EastEnders first made its debut on February 19, 1985, there have been a lot of relationships, marriages, breakups and divorces. A few of the characters on the show have endured long-lasting relationships, like Pauline Fowler and Arthur Fowler, who were married from 1965 until his death in 1996, others have not been so lucky in the romance department.

Jay Mitchell, played by actor Jamie Borthwick, made his first appearance on the show on December 14, 2006. Jay didn’t have it so good when it was revealed in the summer of 2016, that he was having a relationship with Linzi Bragg. The problem is that she was only 14 years-old at the time. Now, granted Jay had no idea how old she was and did break up with her when he discovered her age. However, it was too late because he was soon arrested for having child pornography on his phone. This wasn’t Jay’s first time at being unlucky in love.

Martin Fowler, played by actor James Bye, made his first appearance on the show on July 30, 1985. Actor Jon Peyton-Price played the role from 1985 to 1996, James Alexandrou played the role from 1996 to 2007 and James Bye took over the role on December 5, 2014. Poor Martin was devastated when he discovered his son, Arthur, wasn’t his son after all, but instead the son of his best friend, Kush Kazemi. Before that, Martin has a one-night stand with Sonia Jackson, resulting in the birth of their daughter, Chloe, who was given up for adoption and renamed Rebecca Fowler. He also has a one-night stand with Kelly Taylor, a rekindled relationship with Sonia and in 2016, a marriage to Stacey Slater.

Ian Beale, played by actor Adam Woodyatt, made his first appearance on the show on February 19, 1985. Ian’s character is one of the show’s longest running character. Ian has not had it easy in the love department. Poor guy has been ditched on his wedding night, tried to have been killed by his wives and has been cheated on. Ian has been married five times: Cindy Williams, Melanie Healy, Laura Dunn and twice to Jane Collins. Cindy was unfaithful to Ian several times, Melanie left him at their wedding reception, as did Jane Collins. Yeah, Ian cares more about making money than anything else, but nobody deserves this much torture.

Ronnie Mitchell, played by actress Samantha Womack, made her first appearance on the show on July 24, 2007 and her last appearance on January 19, 2017. It seems that tragedy seems to follow Ronnie Mitchell. As a teenager, she became pregnant with her then-boyfriend, Joel Reynolds. She gave birth to a daughter, Amy, but was later told by her father, Archie Mitchell, that Amy had died. It was more than 10 years later when Ronnie learns that her daughter, now named Danielle, is really alive. However, Danielle is killed when she is hit by the car driven by Janine Butcher. Later, she starts a relationship with Jack Branning, her business partner in the R&R nightclub. Later, her sister Roxy has a one-night stand with Jack and ends up pregnant, giving birth to their daughter Amy Mitchell. Then, Ronnie gets pregnant with Owen Turner’s baby, but suffers a miscarriage when she is pushed into a bar at the Queen Vic during an argument with her father. And if that weren’t enough, Ronnie also marries Charlie Cotton and has a son, Matthew; has an affair with Vincent Hubbard and later reunites and married Jack once again, until she and her sister Roxy, drown in the swimming pool on her and Jack’s wedding night.