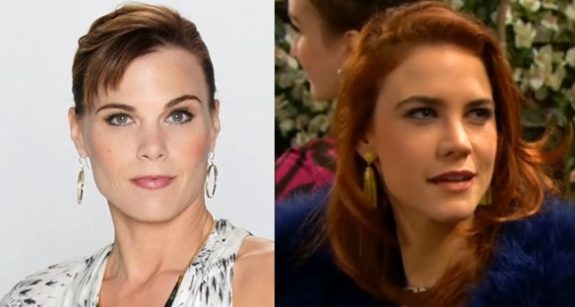 When The Bold and the Beautiful spoilers revealed that there was a new Sally Spectra in town, B&B fans welcomed the talented red-head Courtney Hope with open arms.  But, there was something eerily familiar about Courtney Hope, she looked an awful lot like The Young and the Restless actress Gina Tognoni!  In fact, some B&B fans even thought that the actress playing Sally Spectra WAS Gina Tognoni.

Related: The Bold and the Beautiful: Catfights & Brawls

Are Gina Tognoni and Courtney Hope related?  No.  Could they pass as sisters though?  Absolutely.  TPTB at CBS daytime might want to play on that a bit, the next time there is a Y&R and Bold & Beautiful crossover.  How fun would it be to see Phyllis Newman and Sally spectra share scenes?!