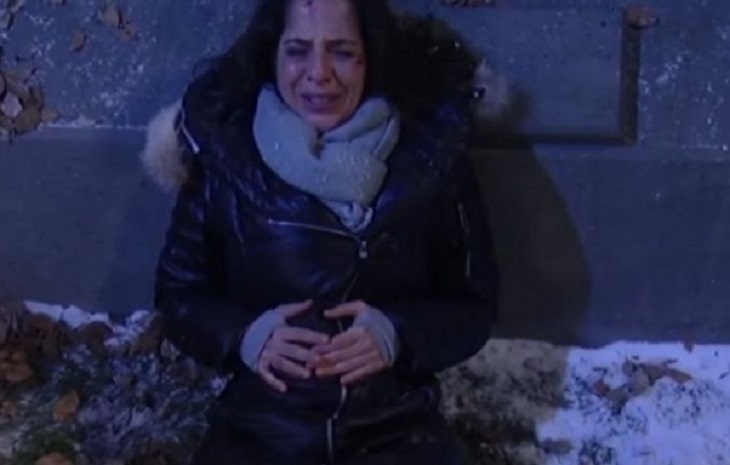 In recent events on General Hospital we watched as Olivia Jerome (Tonja Walker) pushed her niece Sam Morgan (Kelly Monaco) off a bridge after a struggle between the two. Now will someone save Sam before it’s too late?

GH spoilers tease that with help from Alexis Davis (Nancy Lee Grahn) Jason Morgan (Billy Miller) will put the pieces together and realize his wife is in trouble and rush off to save her. Jason will show Alexis a picture of Julian Jerome’s (William DeVry) “late” sister which will lead them to all the answers they’ve have been looking for. Alexis will join Jason in the race to save her daughter.

Related: A Port Charles Death Right Around The Corner – Who Will Meet Their Maker?

Fans were hoping that Sam Morgan would be able to manage to make it through this pregnancy without some dangers in the way, but that is totally not the case. Hopefully, Jason will make it to his wife in time to be able to save her from the wicked Olivia Jerome, because who knows what she will do next? Olivia seems to becoming more unstable, so this makes her actions even more impossible to predict.

Sam Morgan is very resourceful, so when it comes to trouble she can usually hold her own and we will be seeing some of that come into play. Sam knows that this is a child that she and Jason are suppose to have together, with him actually being present, so that will make her fight even more. She always manages to beat the odds. So, hopefully that will be the case this time.

Sam Morgan has been seen giving it all she has to get away from where Olivia just left her laying to die. She is a very strong woman and will not give up. Let’s just hope that her unborn child is okay since she did take an awful fall. Fans have been so excited for the arrival of “Scout” and there will be so many disappointed if the baby does not make it. So make sure to stay tuned to ABC’s General Hospital to see how this all unfolds.