General Hospital Spoilers: Ava & Griffin’s Relationship Beyond Repair? Can He Ever Forgive Her? 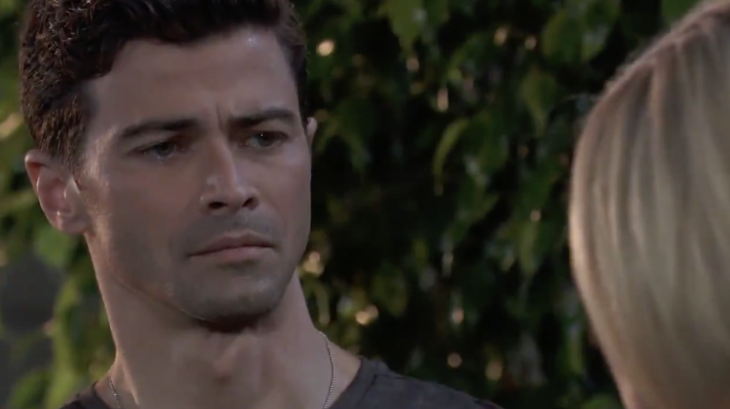 General Hospital spoilers indicate that there’s a chance Ava (Maura West) and Griffin (Matt Cohen) might be done for good. After all, he did sleep with Ava’s daughter Kiki (Hayley Erin) and that’s one thing that she simply can’t forgive. But at the same time, Ava’s not the kind of person who will walk away quietly. She is one who will get her revenge and in the worst way possible, too.

In fact, Ava has already ratted Griffin out to Monica (Leslie Charleson) for ordering an unauthorized DNA test on Peter, (Wes Ramsey) resulting in suspension from the hospital. Also, Griffin is about to learn that Ava’s not done yet: she’s even got more dirty deeds up her sleeve!

Ava comes face-to-face with Griffin for the first time since his suspension. A dramatic, new #GH starts RIGHT NOW on ABC! #GH55 pic.twitter.com/xh2Iir4gib

But if there’s one thing that Griffin really didn’t appreciate, it’s when Ava insisted that Scott (Kin Shriner) make Griffin reveal his tryst with Kiki on the stand during her trial against Dr. Bensch.

General Hospital co-head writer Shelly Altman puts it this way, “I think she tore her ticket with Griffin because of the way her actions at the trial could have hurt Kiki. He is beyond forgiveness. And for Ava, hell hath no fury like Ava scorned! Can this relationship be saved? As a love relationship, it sure does seem to be beyond repair. But that does not mean that these two people will not cross in significant and volatile ways.”

Of course, fans will just have to tune in to find out what will happen next between Ava and Griffin. In the meantime, General Hospital airs weekdays on the ABC network. Check your local listings for times. Let us know what you think by leaving us a line with your thoughts in our comments section below.

And as always, don’t forget to check back with Hollywood Hiccups for all the latest news, updates and spoilers on General Hospital and all of your favorite daytime television shows right here!