The Young and the Restless Spoilers: J.T. Owed Someone Money? – Is Rey Really A Debt Collector? 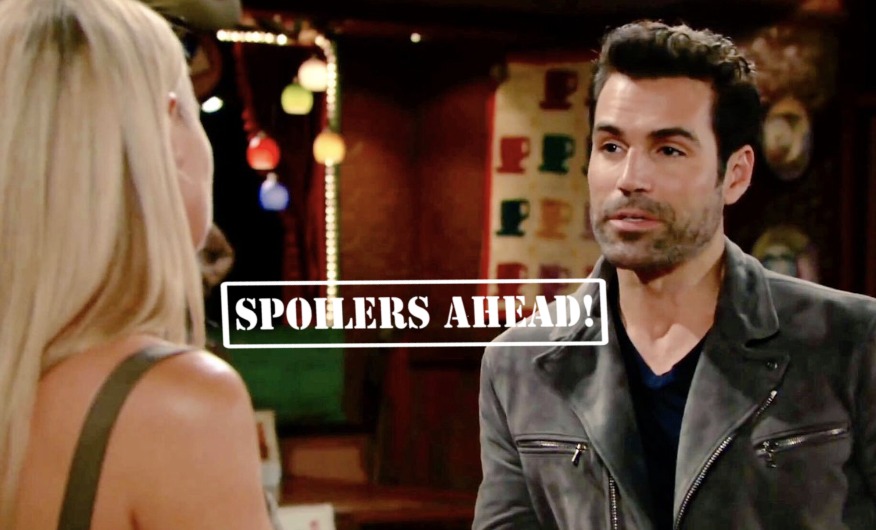 The Young and the Restless spoilers tease that Rey’s (Jordi Vilasuso) reveal of his profession could indicate why he’s attempting to track J.T.’s (Thad Luckinbill) whereabouts. If it’s true that Mr. Rosales works in financial services, then he could be a debt collector, or someone working in a closely related position.

Considering J.T.’s full exposure by the time of his accidental death, it’s reasonable to believe that he was also in debt. Luckinbill’s devolved character was written as someone who grew bitter through the years because he suffered some job losses and was also affected by having been previously electrocuted. The job loss plot point seemed purposely murky, as it was never explained in any digestible detail. That seemed necessary to further the eventual monster he became.

Based on the above and what seems to be true about Rey’s efforts, it makes sense to believe that J.T. incurred large debts that are still due. Y&R viewers recall J.T.’s desperation in wanting a job working for Paul (Doug Davidson) at the Genoa City Police Department. So it could be assumed that money was needed to support the two young children he had with Mackenzie (Kelly Kruger), along with finances needed to support Reed’s (Tristan Lake Leabu) schooling. Plus, J.T. was trying to restore, or preserve his own dignity by regaining a stable job.

Rey tells Sharon: “My company was sent here so I could investigate JT’s credit card debts.”

Now, Rey could have been lying when he told Abby (Melissa Ordway), in response to her query, that he was involved in financial services. That could be a cover for his work as some type of private investigator, a more serious corporate money fixer, or even as an underworld player. Super soap fans know, or saw, Vilasuso’s character Tony Santos was on the dearly departed steamer, Guiding Light in the early 2000’s.

It wouldn’t be overly creative if Y&R cast Vilasuso in a role that is mostly similar to his former spot on GL. So, Rey was probably revealing the general truth about his work background, while also understandably withholding a card, or two in his ongoing attempt to find Mr. Hellstrom.

Victoria opens up to Nate about what JT did to her and I have to say, I actually really liked this scene. That surprised me. It was quite touching. It’s about time this story became about Victoria’s struggle with abuse. #YR pic.twitter.com/SoLJKMvsRE

Vilasuso hasn’t exactly swapped cast spots with Luckinbill, but for the moment he is working the same shift, as Rey is linked to many of the GC residents that J.T. associated with. It’s reasonable to believe that Arturo’s (Jason Canela) older brother was created to wrap up the open-ended arc that saw J.T. killed off by Nikki (Melody Thomas Scott) and body-dumped by the cover-up crew. Whether Rey solves the entire mystery, thereby putting many people in legal jeopardy is yet to be determined.