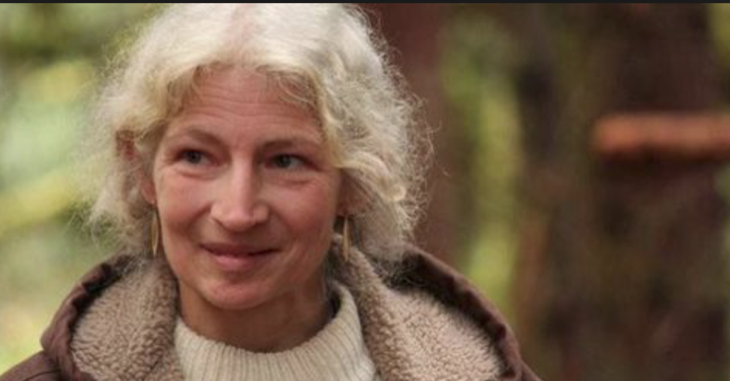 The “Alaskan Bush People” star Ami Brown is celebrating her first birthday after going through a tough fight against cancer. To show their mom how much they appreciate her, Bear and Rainy both shared their tribute for Ami on their Instagram.

Rainy shared a clip of her with her brother, Bear, along with a heartfelt message for Ami. In her post, she called her mom “the greatest woman” she knows. “You inspire me beyond compare,” Rainy wrote. “If I turn out to be anything like you my life would have purpose.”

She also thanked her mother for listening to her and being there for her when she suffers from anxiety attacks. Last year, Rainy confessed about having a depression at a young age, and with what happened to her mother’s health, things were extra hard.

Dear mommy, Happy birthday to the greatest woman I know!!! You inspire me beyond compare. If I turn out to be anything like you my life would have purpose. You listen to me even when I’m having an anxiety attack over the dumbest things, you comfort me just by being in the room. You mean absolutely the world to me and I would be lost without you, it’s been an amazing honor to not only know a legend such as you but to call her mommy. I can’t wait until we’re both super old lady’s together sipping tea with the grandkids ♥️ happy birthday mommy. I love you more than the world. Also! Check out @bearbrownthekingofextremes video! #stayhappy #staystrong #motherdaughter #bearbrown

“You mean absolutely the world to me and I would be lost without you,” Rainy added, “happy birthday mommy. I love you more than the world.”

Today was my Moms birthday!! I have no words to describe how I feel to still have my Mom! She’s always been there for me! My whole life! And I’ve been trying my hardest to be there for her! Thank you everybody!! All the fans and family’s!! All the production crews we’ve worked with!! Everybody at discovery! And a very special thanks to Sheila McCormack and Julia Wagman!! Life is too short not to enjoy every moment!! Happy birthday to the strongest and best mother ever!!! I will never give up and I will never surrender!!

Meanwhile, Bear wrote, “I have no words to describe how I feel to still have my Mom!” He described his mom as “the strongest and best mother ever.” He added that his mom has always been there for him his whole life, and in return, he is trying his best to be there for her as well.

Bear also shared a video clip with greetings from the “Alaskan Bush People” crew during Ami’s last birthday in Alaska. Bear extends his gratitude to the show’s fans and production crew who have been like a family to them.

The Browns had the darkest time in their lives last year when Ami was diagnosed with a late-stage lung cancer. She was given a 3 percent chance of surviving the disease, yet by the end of 2017, the doctors said the tumors were gone. Ami is still in remission and there are still traces of the disease, but Ami and the rest of the family have remained positive. They left Alaska so Ami will be closer to the hospital, and now they are starting to build their Browntown in Washington.