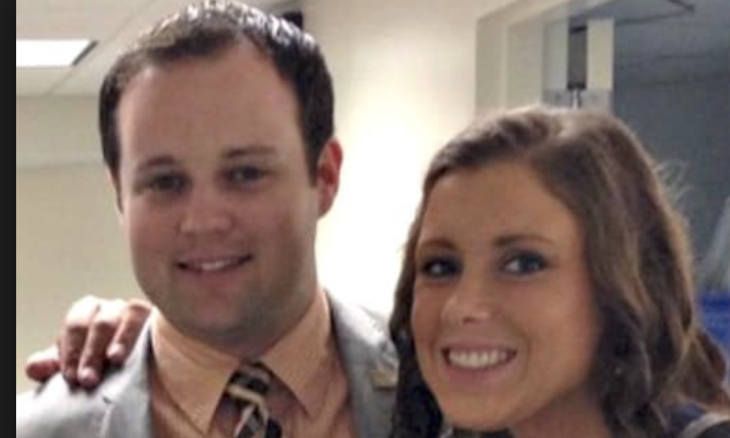 Josh Duggar might not be a prominent figure in the Duggar family as he once was, but that doesn’t mean he’s out of the picture altogether. In fact, many eagle-eyed fans have noticed that Josh has just resurfaced on his wife Anna Duggar’s Instagram account which is leading them to ask: what’s going on?

After the biggest Duggar family scandal broke the news back in 2015, it was most certain that Josh Duggar’s career as a reality television star and celebrity was done.

After all, there was no way that fans were going to forgive him for allegedly molesting several of his sisters when he was still a teen. But it looks like there has been at least one person who was willing to put all of that in the past and work towards a better future: his wife Anna.

And it seems like Josh and Anna are focusing on what’s important in their lives: their marriage and their family. Anna shared a photo of the couple alongside their five children while visiting Farmland Adventures this past Labor Day weekend. She captioned the pic with, “Hope you are having a #HappyLaborDay and spending it with ones you love most! We spent some time with family & friends at #FarmlandAdventures today!”

Hope you are having a #HappyLaborDay and spending it with ones you love most! We spent some time with family & friends at #FarmlandAdventures today!

A lot of her social media fans commented on the photo with, “Great picture of your lovely family. Miss you guys on the show. God has a purpose and a plan!!” and “You all look amazing and healthy!!! Your children are 100% adorable! Great photos!”

In the meantime, let us know what you think by dropping us a line with your thoughts in our comments section below.

And as always, don’t forget to check back with Hollywood Hiccups for all the latest news and updates on all of your favorite celebrities and reality television stars right here!