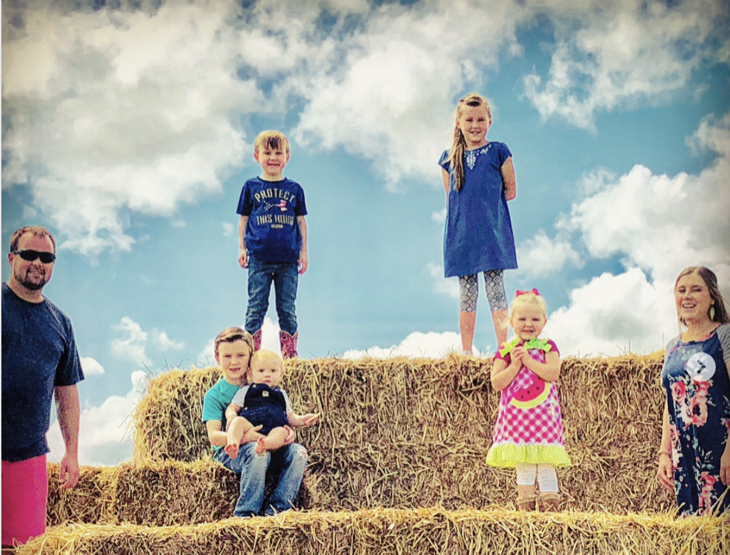 When Anna Duggar posted a Labor Day family photo, some people are quite convinced she is expecting her sixth child with Josh Duggar.

Anna shared some photos of her family on her Instagram account. She shared that she, Josh, and their five children spent the Labor Day at the Farmland Adventures with some family and friends. “Hope you are having a #HappyLaborDay and spending it with ones you love most!” she wrote.

The photos were nice, and fans commented that they have a beautiful family. But what made fans take a double look is the dress Anna was wearing. Yes, fans have seen Anna in that floral blue dress when she was halfway through her pregnancy with her youngest, Mason. As such, some people have started to speculate that she might be covering up an early baby bump.

Mason was born a year ago this month, joining Josh and Anna’s other children, Mackynzie, 8, Michael, 7, Marcus, 5, and Meredith, 3. She conceived Mason a few months after Josh entered a Christian-based rehab for his sex addiction.

The eldest son of Michelle and Jim Bob Duggar was disgraced in 2015 when it emerged that he molested four of his sisters as a teen. He also admitted cheating on Anna when he got caught in the Ashley Madison scandal. The controversies resulted in the cancelation of the Duggar family’s reality show, “19 Kids and Counting.” The show returned in a spin-off, “Counting On.”

In such a conservative Christian family, many people have expected (or wished) Anna to divorce Josh after all that he did to her. But she forgave her husband and chose to keep her young family intact. Not all have been supportive, and many fans still post negative comments against Josh. But there are fans who have been happy for Anna.

“Thank you for being such a strong and Godly woman. Your family will truly cherish you and your commitment to them. You’re a wonderful example to other wives and moms,” one fan wrote on Anna’s Instagram post.

The Duggars have not denied nor confirmed the pregnancy rumors, but if it turns out that Baby No. 6 is on the way, they will surely announce it with joy.