The Young and the Restless (YR) Spoilers: Sharon Believes Tessa Is A Threat – J.T. Information Dangerous 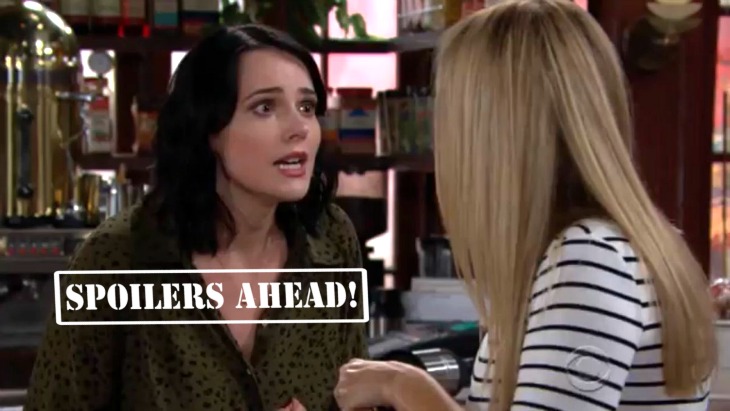 Sharon (Sharon Case) isn’t sure what Tessa (Cait Fairbanks) knows, or suspects on ‘The Young and the Restless’. Considering the deep secrets that Sharon and her other coverup crew members are keeping, she’ll need to keep a very close eye on Fairbanks’ recently returned character. Great soap lies ahead this week as Y&R presses toward the coming climax that will soon reveal all and leave many lives upended.

Sharon will agree to help Tessa pay down, or back, the money the underworld figures want for having helped get Crystal across the border into Canada. Viewers must be wondering why this part of Tessa’s backstory is being written in this fashion, as the plot points feel concocted.

Tessa is back in Genoa City! #YR pic.twitter.com/odFZpmOhpA

It remains possible that Miss Porter feels compelled to not fully reveal what’s actually happening. So, possibly all will make sense in the end.

The idea that Tessa will gain knowledge about J.T.’s (Thad Luckinbill) accidental demise and subsequent unlawful burial in Chancellor Park is legitimately frightening. Tessa’s link to Mariah (Camryn Grimes) makes it likely that the truth will be unearthed.

For the moment Sharon and the remaining members of this unwanted, criminal contingent (Nikki, Melody Thomas Scott, Vickie, Amelia Heinle, and Phyllis, Gina Tognoni), are relatively safe. They’ve literally covered up J.T.’s head conk Nikki applied and then seemingly lucked into having his created grave covered over by tons of cement, thanks to Jill’s (Jess Walton) placement of modern art and a plaque, both of which were meant to honor Katherine (Jeanne Cooper).

Promo for Next Week:

Tessa: I have to give them their money now!

Hollywood Hiccups is a leading source for everything linked to ‘The Young and the Restless’.