90 Day Fiance: Hazel Admits She She Doesn’t Have Custody Of Her Son 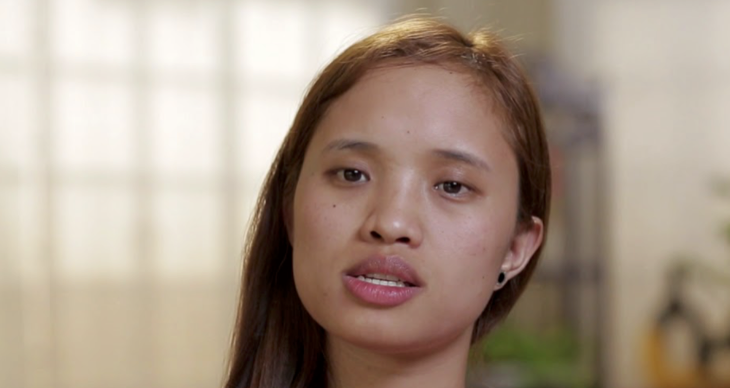 90 Day Fiance star Hazel is opening up about a question that everyone has been asking her lately: why doesn’t she have custody of her son? The reality television star is finally revealing the truth about her past, and not only has it left some people stunned, but others questioning her character.

Apparently, Hazel made what she believed to be the best decision for both her and her son by leaving him in the care of her baby daddy. And that’s not because she wanted to. It’s because she felt as though she didn’t have another choice. Hazel is due to marry Tarik, but was interrogated by his brother Dean about her past and what kind of plays she has for her future.

I go hard like green lights and Viagra pills. That's why TRUTH will prevail over their devilish machine. Taps the mic. Are you puppet masters listening? I ain scared a you MFs(in my Bernie Mac voice).@mohamedjbaliusa is a hero. Btw, we have clothes on people.

“My son lived with me when he was three years old. I love him but I didn’t have enough money and so I give my son to his father,” Hazel revealed, according to In Touch Weekly. “If I have a good future with Tarik, I want to get my son again.”

In the meantime, Hazel is hoping to get all of her paperwork situated so she can travel to the United States from Thailand to finally start her life with Dean. She might not have custody of her son, but should she marry Dean, she will automatically become a stepmother to his 5-year-old daughter Arielle, who has high-functioning autism. If all works out as planned, they will apply for a K-1 visa and then a fiancé visa so Hazel can finally enter the United States.

90 Day Fiance airs on the TLC network. Let us know what you think by leaving us a line with your thoughts in our comments section below. And as always, don’t forget to check back with Hollywood Hiccups for all the latest news, updates and spoilers right here!