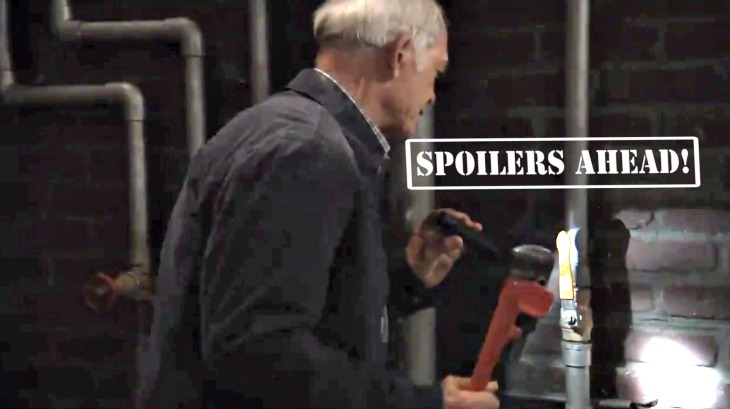 It looks like the General Hospital never-ending drama in Port Charles is about to intensify even more, as there is an explosion that is bound to rock just about everyone. It all begins when Mike (Max Gail) learns that Julian (William DeVry) has gotten approval from city officials to renovate Charlie’s. For Sonny, (Maurice Benard) this is bad news, because there’s a strong possibility that someone might find the dead body that Mike buried there!

General Hospital co-head writer Shelly Altman explains to ABC Soaps in Depth, “Mike is hoping to bury any evidence that could come back to haunt Sonny. But his actions, which have included tampering with the gas line of Julian’s establishment, do not give him the desired results.”

That’s when Kristina (Lexi Ainsworth) spots her grandfather at Charlie’s and it leaves her rather confused. She’s surprised to see him during an unscheduled visit without his caretaker. But things are about to blow up in more ways than one when everyone here’s a loud explosion, which draws the Port Charles Police Department on the scene. What happens next will have the Corinthos family considering other options for Mike and his long-term care. They can’t keep chasing after him, especially since he refuses to listen to anyone.

Shelly Altman continues, “There is definitely a threat that the police could uncover some evidence. Mike’s plan might have backfired in the end. These incidents with Mike have become increasingly dangerous. So, that is a time when a family must consider other options for long-term care.”