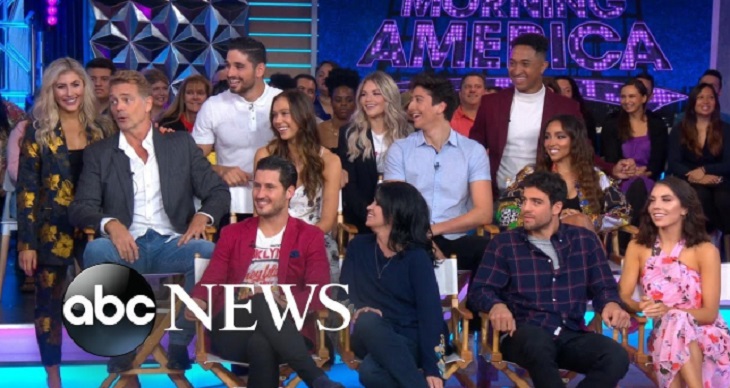 It’s that time of year again! Dancing With The Stars Season 27’s cast has been announced with a new crop of stars vying for the all-important Mirrorball trophy.

This year fans will be seeing Harry Potter’s classmate, a Fuller House star, a Bachelor in Paradise and produce buyer from Chicago and a former Olympian hopefully dancing their way into the heart of America. In other words, it’s going to be another fun-filled and exciting season for dancing stars once again.

The Facts of Life veteran Nancy McKeon and Disney star Milo Manheim were both previously revealed before the full lineup. The full cast of the upcoming 27th season was unveiled Wednesday on Good Morning America.

Dancing With the Stars Season 27 premieres September 24 on ABC. Check your local listings for times. In the meantime, let us know what you think of the new cast in our comments section below.

And as always, don’t forget to check back with Hollywood Hiccups for all the latest news, updates and spoilers on Dancing With The Stars and all of your favorite primetime television shows right here.