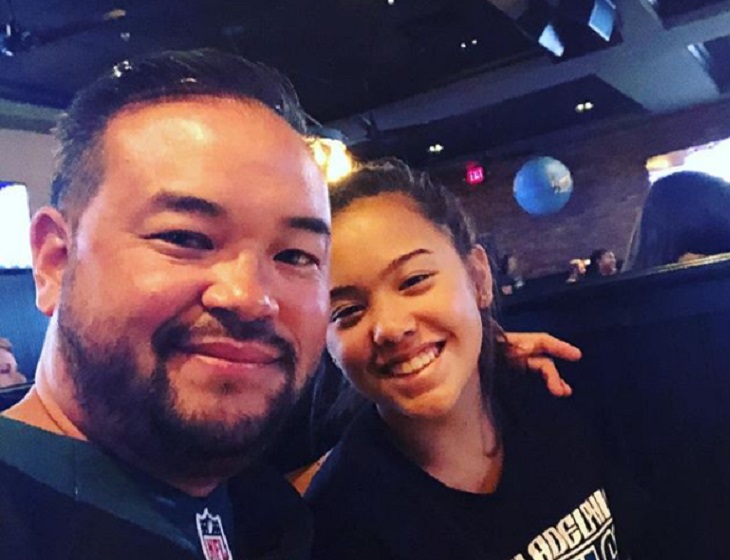 Is Jon Gosselin trying to prove his ex-wife, Kate Gosselin wrong? That’s what a lot of fans can’t help but ask themselves as the former reality television star has just posted a brand new photo with his daughter Hannah despite his bitter custody battle with the mother of his children.

Jon took to his Instagram account to share a photo of just him and his 14-year-old daughter, Hannah. He captioned the photo with, “We are Back!!! Go Birds!!! #philadelphiaeagles.”

Other than cheering their favorite football team together, Jon didn’t specify whether or not he is spending time with any of his other children or cooperating with his ex on a custody agreement for that matter. Hannah has made it pretty clear at this point that she prefers to spend more time with her father John than with her mother Kate.

Of course, for someone like Kate, this has to be bothersome. After all, she’s proven plenty of times in the past that she loves to be in control of everything in her life, from her image to her family. With that being said, Kate might be the reason why Hannah shut down her Instagram account recently but obviously, that hasn’t stopped Jon from posting photos of their daughter on his own.

Congrats Hannah on your first day of school, proud of you. I admire your bravery starting fresh!!! I Love you very much and we have worked really hard to get here. Dedication has really paid off. I’m so happy you integrated yourself into the community, you made friends all summer and now you will grow and graduate with them. I’m honored to be your father!!! Love you, Dad #newbeginnings

Now, whether Hannah will remain by her father’s side, remains to be seen. They both look very healthy and happy and most importantly, their father and daughter bond is stronger now than ever before. Here’s hoping that some sort of custody agreement will work for all parties involved!

In the meantime, let us know what you think by leaving us a line with your thoughts in our comments section below. And as always, don’t forget to check back with Hollywood Hiccups for all the latest news, updates and spoilers on all of your favorite reality television stars, celebrities and primetime shows right here!