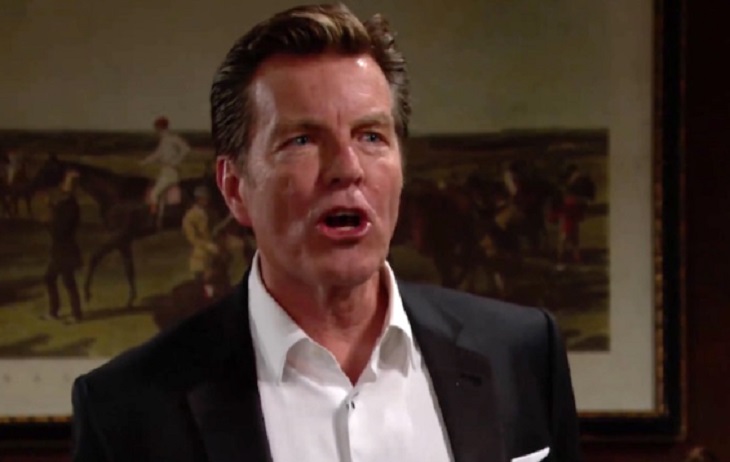 The Young and the Restless spoilers indicate that Jack Abbott’s [Peter Bergman] dream of finding out who his biological father was is turning out to be a nightmare for him, instead! In other words, he needs to be careful of what he wishes for.

When new information comes out about the possibility of who the man next to Dina might be in a new, never seen before photo, it will change Genoa City forever. All Abby Newman [Melissa Ordway] wanted to do was help her Uncle Jack and his paternity mystery by sharing the photo on GC Buzz. But she definitely didn’t expect for this to happen.

The Young and the Restless spoilers tease that Victor Newman’s [Eric Braeden] brother, Matt Miller, recognizes one of the men as Albert Miller, Victor’s deadbeat father. So could this mean that Victor and Jack are actually brothers?

Peter Bergman, who plays Jack on the hit CBS show, tells Soaps in Depth, “Initially, when Abby brings up Matt Miller’s phone call and the possibility that he and Victor can be related, Jack can’t even hear her say it. He’s like, stop, stop! I do not want to even hear those words He cannot stand the idea!”

Despite Jack’s shock, it looks like he still wants the answer he’s been looking for this entire time: who is his father? Peter added, “This is the closest answer that he has. He has eliminated everyone else in the picture, so that leaves this one man that he doesn’t know and when he finds out he is Victor’s father, this is monumental!”