General Hospital Spoilers: Ryan Is Closing In On His Target Felicia 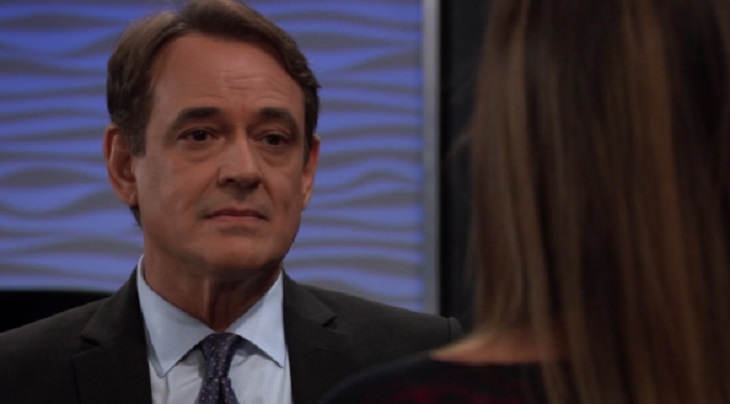 General Hospital (GH) spoilers tease that Ryan (Jon Lindstrom) is going to successfully ease into his new role as Kevin (Jon Lindstrom). Ever since Ryan overpowered Kevin in his padded cell and swapped places with him, Ryan has assumed Kevin’s identity. But he hasn’t had any lengthy interactions with any of the people closest to Kevin.

Sure, Ryan carried on a conversation with Lulu (Emme Rylan) in his office and spoke with Laura (Genie Francis) via phone, but these interactions were brief and he was admittedly a bit rough around the edges. Laura in particular seemed to think he sounded strange, from what we could tell from Ryan’s end of the conversation.

GH spoilers say that Ryan will decide he needs some practice as Kevin, so he’ll dive right in. First, he’ll have a therapy session with Franco (Roger Howarth) to test out his Kevin persona. It looks like the session will go ok, although there will be a scary moment for Ryan when Franco seems to be on to his charade. It will turn out to be nothing, though.

Ryan’s success with Franco will embolden him, and will lead him to try out his best “Kevin” on someone who knows Kevin better…Lucy (Lynn Herring). GH spoilers say that Ryan will ask Lucy out to dinner for a lengthy sit-down interaction.Ryan will probably figure that Lucy would be a good person to experiment with a bit. She knows Kevin well, but the two haven’t been together for a while, so some awkwardness on Kevin’s part might be expected.

Of course, given Ryan’s recent behavior, it’s clear what he’s gearing up for. He’s been creepily obsessing over pictures of Felicia (Kristina Wagner), and what he really wants is to get close to her. But he probably feels that he needs to be careful, so as not to tip Felicia off that he’s Ryan and not Kevin.

And so Ryan will practice on an unsuspecting Lucy. Fortunately, Lucy probably won’t be in any real danger unless she strongly suspects that something’s wrong with “Kevin.” Ryan will want to keep his charade going, so he’s probably not going to want to do anyone harm just yet. Plus, Felicia seems to be his real target.Do you think Lucy will notice anything weird about “Kevin?”