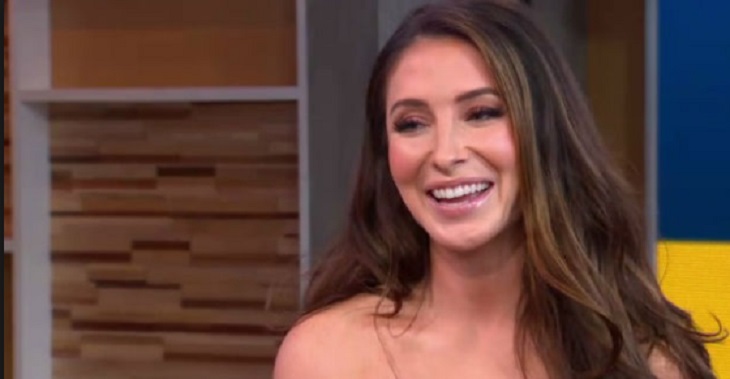 Bristol Palin’s technically not a teen mom anymore, even though she once was about ten years ago when her mother was on the Vice Presidential ticket. Reality television star and Sarah Palin’s daughter, Bristol Palin is finally giving her fans a little something to talk about as the newest member of MTV’s hit reality show, Teen Mom OG.

And from what we can tell already, Bristol is the kind of teen mom who is definitely willing to deliver, especially when it comes to on screen drama! Bristol first gave birth to her oldest son, Tripp, 9, back when she was just 18. Now she’s also a mom to Sailor, 2, and Atlee. And yes, between all of her baby daddies, her personal struggles and her life in the spotlight, she’s been there, done that, and wants to now tell her story about it.

“I’ve been huge fan of this show forever and I’ve watched these girls’ stories,” Palin told Good Morning America this past week. “If there’s anything that I can relate in my life to someone else out there, then that’s what I want to do.”Bristol’s first episode of Teen Mom OG will air on October 1st on the MTV network. She will join four other moms on the show including Cheyenne Floyd, Amber Portwood, Maci McKinney and Catelynn Baltierra.

And as far as what fans can expect, Bristol says that she simply wants to show people that there is life after divorce after all.”I was recently divorced, so if I can show that life doesn’t end after a divorce, then I hope that people can see that and continue living and continue to chip away at life,” she said.

We can’t wait to see what Bristol has to say! In the meantime, don’t forget to check back with Hollywood Hiccups for all the latest news and updates on your favorite stars right here!