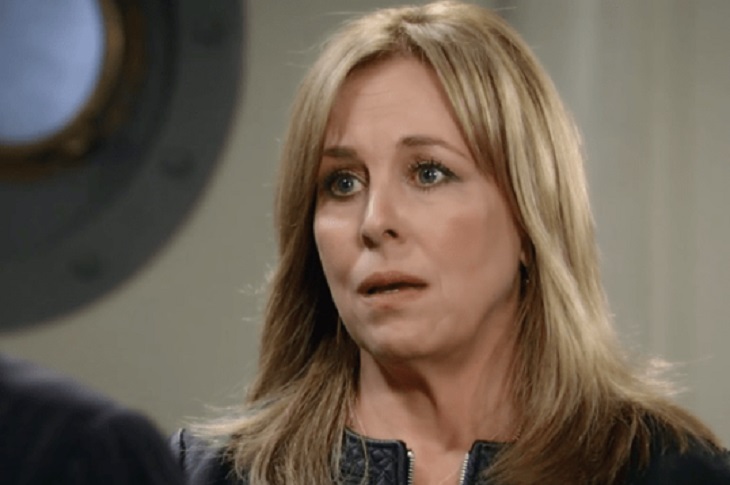 General Hospital spoilers indicate that Laura Spencer is finally in the one place that she belongs: and that’s at home in Port Charles! Actress Genie Francis is back and from what we can tell already, her character is going to have a lot of screen time in the coming weeks. Laura might help solve a huge mystery surrounding her husband Kevin Collins [Jon Lindstrom], and his true identity.

In fact, General Hospital co-head writer puts it this way to Soaps in Depth, “We are thrilled to have Genie back, and she’ll immediately step into a very big story. Obviously, Laura’s return comes at a rather inopportune time for Ryan!”

The last time fans saw Laura in action was earlier this year, when she was forced to give up her dream of becoming the next mayor of Port Charles. Instead, she flew to Europe to be with her grandson Spencer [Nicolas Bechtel], who broke his leg during a nasty ski accident.

Of course, a lot of things have changed in Laura’s absence. Her son-in-law Dante is no longer around, but psycho serial killer Ryan is, and he’s wandering the streets and impersonating  Kevin!

Now, how Laura will deal with the entire Kevin and Ryan situation will be interesting to see, nevertheless. It’s great to see though that Genie’s General Hospital family has welcomed her back home and with open arms, too. What’s next for her character though, remains to be seen. Fans will just have to tune in to find out what will happen next!